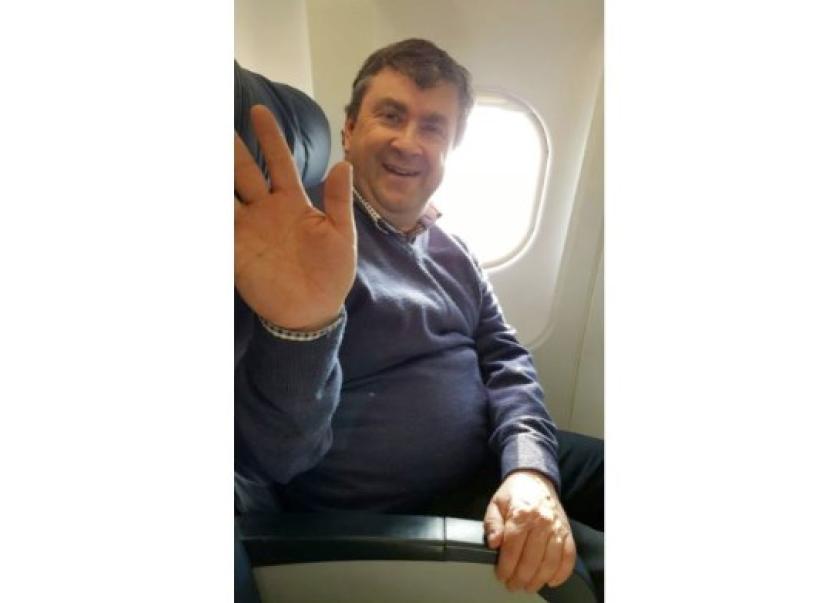 A Co Kildare resident who died in a light aircraft crash on Sunday evening will be laid to rest in Athy on Wednesday.

Tragic John Finnan, who was 58 and had an address at Emily Square in Athy, lost his life in the incident at Ambrosetown area, near Duncormick in south Co Wexford at 5.45pm.

The crash is being investigated by the Air Accident Investigation Unit (AAIU) and a preliminary report is expected within 30 days.

A team from the AAIU were on site retrieving all the parts of the wreckage which is spread over a number of fields.

The aircraft was a vintage two-seater plane with one engine that was primarily used for leisure flying.

The death notice for Mr Finnan on RIP.ie stated: "Our beloved son, brother, brother-in-law, uncle and friend; sadly missed by his loving parents John and Claire, his sisters Emer, Ciara and Mary, his brothers-in-law Eoin, Ken and Steven, his nephew’s Alastair, Jack, Archie, Joshua and Toby, his niece Hannah, relatives and many friends. R.I.P."

Mr Finnan's remains will be reposing at Rigney's Funeral Home, Athy from 4pm today [Tuesday] with prayers at 6pm.

Removal will take place at 6.30pm on this evening [Tuesday] to arrive at St Michael's Parish Church, Athy for 7pm.

The death notice states that refreshments in honour of John will take place in Clanard Court Hotel Athy after the burial.