Shock after 15 kittens dumped in a yard in Athy 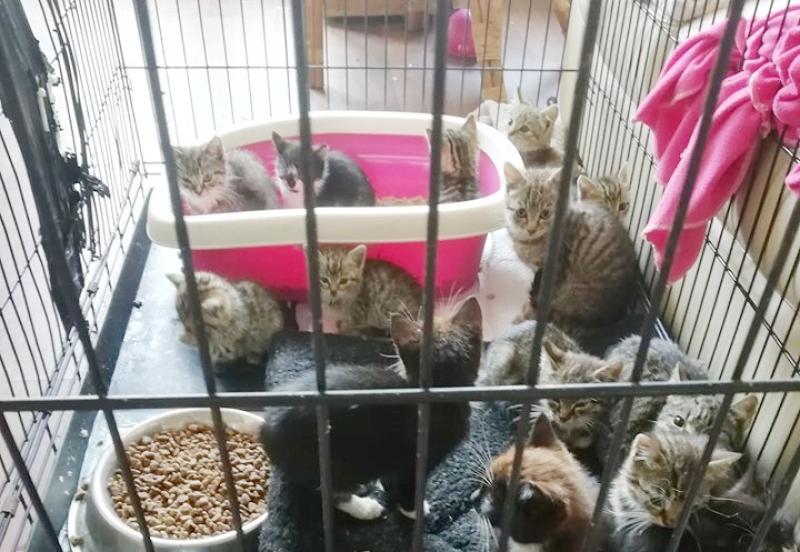 The kittens being cared for

A litter of 15 kittens was dumped in a yard in Athy.

KWWSPCA in Athgarvan said the animals which are nervous but 'super friendly' were brought into its care after they were found.

“Fifteen kittens came into our care this week after being dumped in someone's yard in the Rheban area outside Athy.

They range from 5 to 12 weeks old” said Sally McCaffrey of the KWWSPCA.

“Some are rather nervous but some are super friendly.

"The poor woman in whose home they were dumped was horrified but she contacted the KWWSPCA and we were able to help her.

"This could have been avoided if whoever it was that owned the mothers had bothered to neuter them.

"All these kittens will be assessed by the vets over the next few days and some will be available for re-homing shortly."