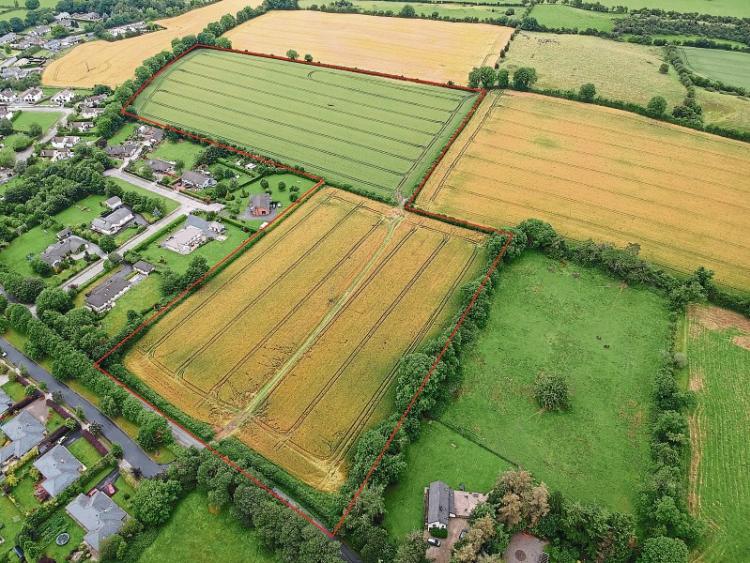 The site which was sold

Jordan Auctioneers, Newbridge successfully sold 17.5 acres at Cutbush, The Curragh, County Kildare by auction on Thursday last, October 3 for a figure of €525,000 equating to €30,000 per acre.

Before a small attendance of about five different parties bidding opened at €300,000 with three bidders up to €425,000 at which stage auctioneer Clive Kavanagh put the property on the market. Two bidders then fought it out before the hammer fell at €525,000 to an unknown party.

The lands were laid out in one block, currently in two divisions with frontage onto the local road of approximately 130 metres. They were in arable use and there are existing housing developments located to the north, west and south.

The entire was within the Cutbush area and it was estimated that six acres are zoned for ‘Settlement Expansion’ with the balance defined as agricultural and having some long term development potential.