Concert written by Kildare historian being performed in Leinster House 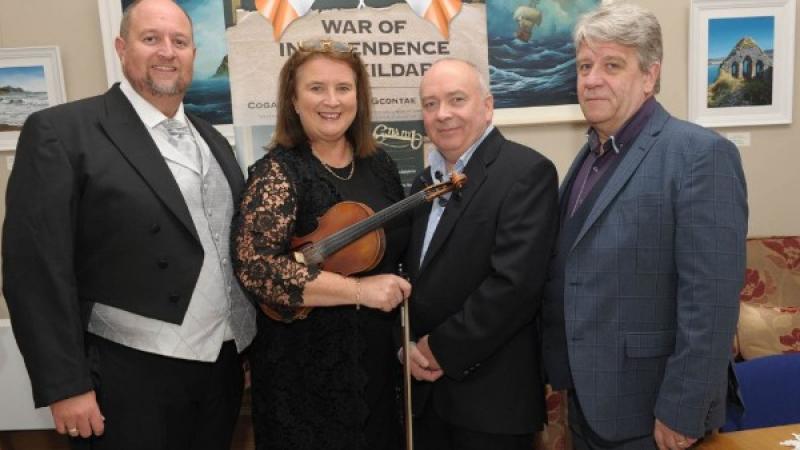 The Birth of a Nation concert will be performed in Leinster House, Kildare Street on Sunday in two parts at 1.30 p.m. and 2.45 p.m.

The concert was first performed in McAuley Place, Naas, in October 2017 in advance of a trip to Lexington, Kentucky as part of a twinning anniversary.

The reaction amongst the American, French and Irish audiences in the USA was such that it was performed again in the Riverbank Arts Centre, Newbridge as part of the annual Irish Military Seminar in June 2018.

It was subsequently recorded as a live performance at Beechpark Studios, Rathcoole and produced as a DVD/audio CD set.

The script was written by historian, author and playwright, Mario Corrigan; the recording features tenor, Paul Linehan, Anne Cullen on piano and violin with Liam Quinlivan as the narrator.

Mario said: "The period preceding the achievement of Irish Independence in 1922 was a time of great change and upheaval which impacted on the lives of people throughout the country.

"The songs, music, poetry and stories of centuries past reflected the hopes of a people yearning to be free and the ensuing Birth of a Nation."

This is another legacy piece produced as part of the County Kildare Decade of Commemorations programme.