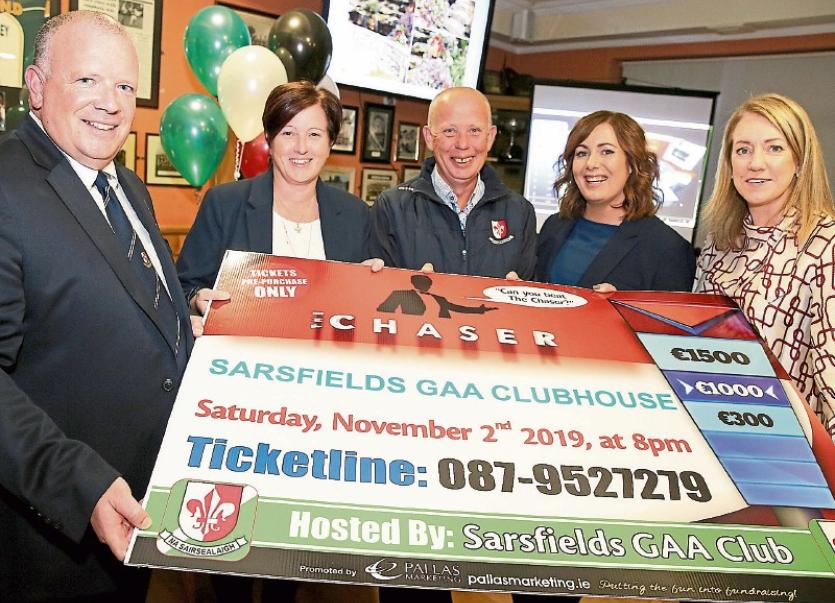 Last week, the club launched the new nationwide show as their major fundraiser for this year, which will be held in the Sarsfields’ clubhouse on November 2.

The Chaser is run on a nationwide scale by Pallas Marketing. Each of the six selected contestants can win €1,500.

The contestant must choose after each milestone question if they wish to bank the amount won or take another question.

Contestants have two lifelines — ask the audience, and take one, which will reduce the number of possible answers by one.

Contestants then take the amount won to face the expert quiz master, The Chaser.

Shirley Mulpeter, club chairperson, paid special tribute to the nine sponsor companies who have come on board. She said the proceeds will go towards the overall running of the club and maintaining the high standards at Sarsfields GAA.

Tickets are priced at €25, or four for €80 and can be purchased from any committee member. They are expected to sell out in advance and will not be on sale at the door on the night so people are encouraged to get tickets early.

Shirley also thanked the organising committee for all their help and said if any company wished to support the event they should contact any committee member.