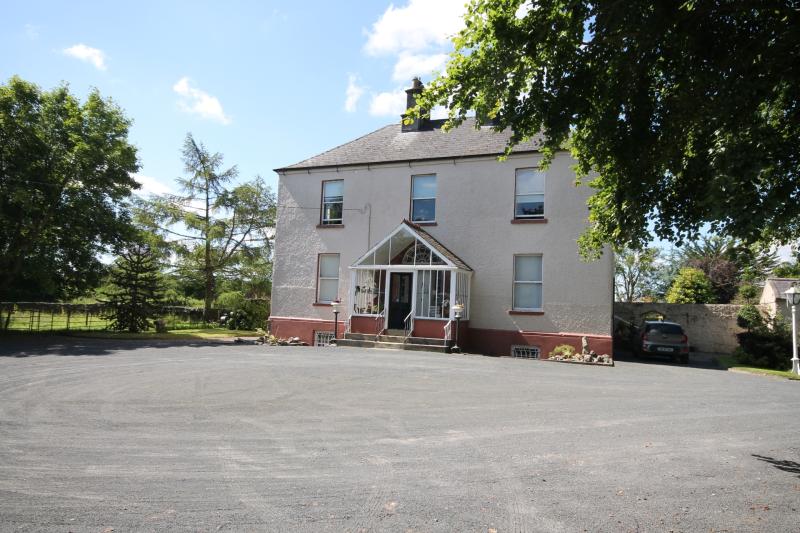 A Kildare farmhouse set on 180 acres has sold at auction for €3.2 million.

Before a packed auction room of 60 people it was obvious from the outset that this was going to a lively affair.

Paddy Jordan opened the bidding at €1.5m and with over six parties offering bids, the price quickly rose to €3m at which point a quick recess and consultation with the vendor took place.

Mr Jordan arrived back into the room and declared the property on the market and at this stage three serious bidders competed before the hammer dropped at €3,200,000 equating to an overall price per acre of €17.7k.

The purchaser was a solicitor acting in trust for an undisclosed client.

According to Mr Jordan, "Newpark House was one of the best farms he had offered for sale combining an excellent location with a superb quality holding".

The land comprised a total of 180 acres all in one large block and mostly in tillage with extensive road frontage and several access points. It was described as suitable for any number of uses. The period house extended to 5,705 sq.ft and although in need of some modernisation was described by the selling agents as ‘in generally good condition throughout’.

The yard comprised several old sheds and there was also a Gate Lodge and additional staff house which were in good condition and presently occupied.

Jordan’s had been quoting €2.5m for the entire prior to the auction and afterwards said ‘the sale had gone very well with strong interest from the outset and steady viewings. Brexit might hang over the market, but the fact remains that premium properties will always be in demand’.