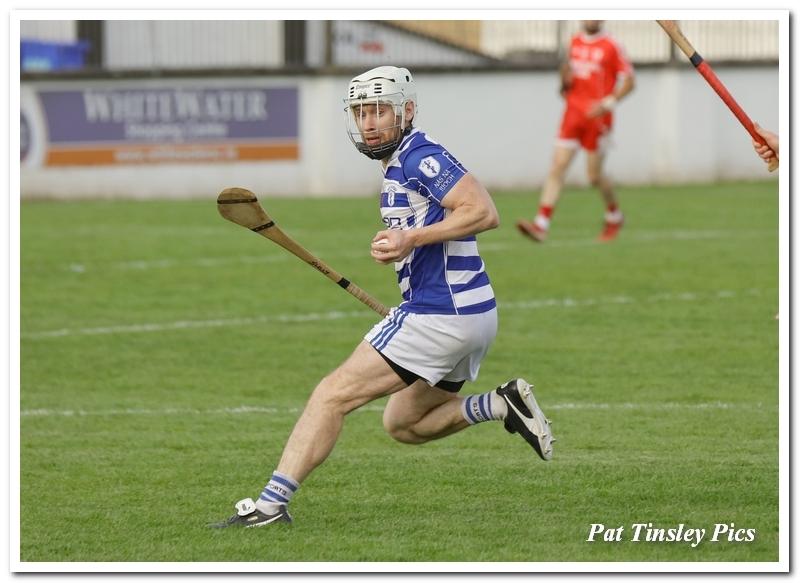 For most people it’s a dream that will never be fulfilled in captaining their Club to a Senior County Title but on Sunday Naas skipper Paul Sullivan crossed that off the bucket list.

The 29 year old has seen it all over the last few years with the club and while he had achieved success at County Level a big win with Naas had always eluded him.

That’s no longer the case though and the wing back couldn’t hide his delight afterwards.

“It’s the proudest day of my life so far, I said it in the speech that its been seventeen years with some of us slogging for twelve or thirteen years of that and it’s just a massive break for us”.

“We have gone through heartbreak the last number of years and its just unreal to finally get over the line”.

Its only when you take a glimpse through the pen pics for last week’s match programme that you realise how young the Naas side is with the majority being students and its that enthusiasm that has got them over past defeats.

“It’s hard to keep coming back but we don’t know any different and its added so much steel to the group”.

“There’s young lads who have added a real freshness, you just have to look at Rian Boran getting man of the match and he’s a mountain of a man”.

“The drive the young lads have is great and they only know winning and that’s brought all the older lads forward aswell”, Sullivan said.

Workrate is something that has been drilled into them throughout Tipperary native Colm Rourke’s time in charge and again as he has many times previously the captain marks this as the stepping stone for the team with the likes of Shane Ryan and Jack Sheridan pointed out.

Sullivan himself was part of a very impressive half back line including Simon Leacy and Rian Boran but he was giving the praise elsewhere.

“We worked a lot on the dirty ball on the ground over the last two weeks and its something we have criticised ourselves about and it worked a treat today thank god”.

“We can’t rely on one guy and we have said it over the last few days that not all 15 will have a game of their lives so you just have to keep the workrate going and you can see that in Shane Ryan and Jack Sheridan and when you have them boys just chomping at lads it makes the half back line look good”.

“We’re not looking by the celebrations to be honest, people are going to say that we will dominate for the next few years and that’s not how it works”.

“It takes years and years of grafting and we are really going to enjoy this one and we will see where we go from there”.