Intermediate victory gives O'Toole and Monasterevan a day of redemption 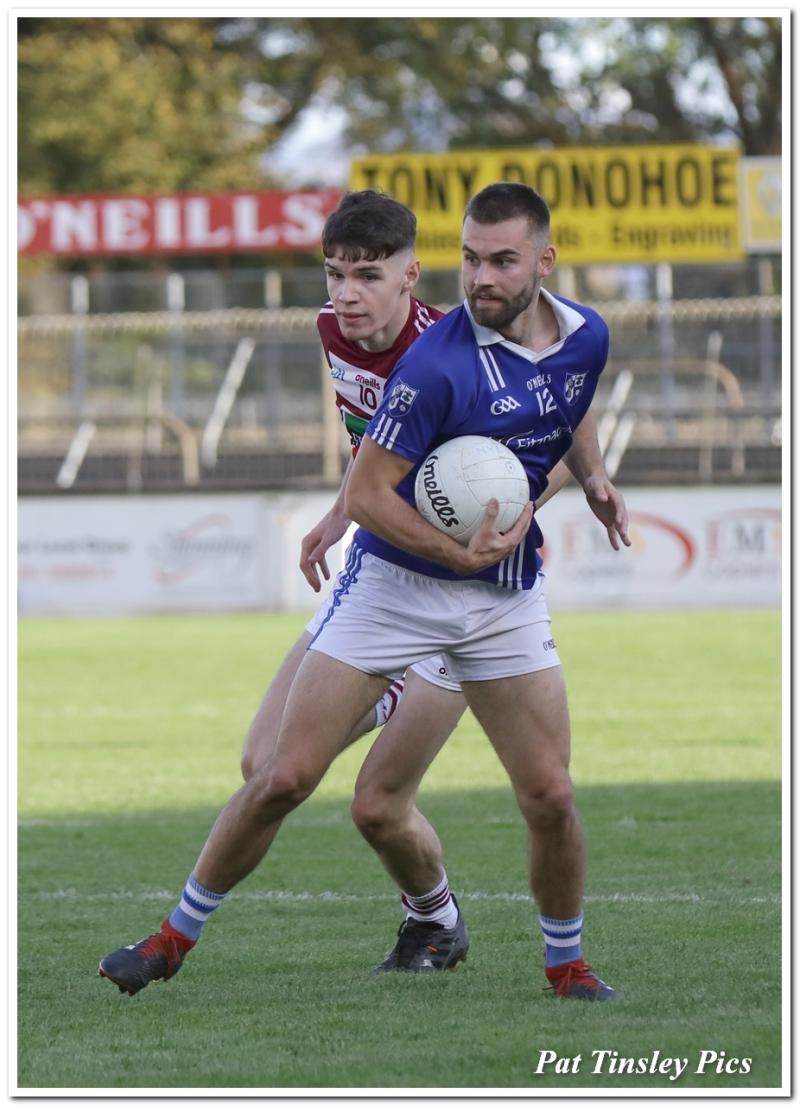 A year is a long time in Football and it certainly was for John O’Toole and Monasterevan after they suffered defeat in the 2018 Intermediate Football Final at the hands of Two Mile House.

That was an especially galling day for O’Toole as he had to stand on and watch from the sideline after he served a suspension for a red card in the semi-final against St.Kevins.

As a result Sunday’s victory over Leixlip tasted so much sweeter.

“It’s great to get over the line and last year I couldn’t even play in the Final as in was sent off in the semi-final so its kind of redemption this year and we are absolutely delighted to get the win”.

“All year I was thinking about that feeling I had last year of sitting on the sideline and watching the game so I’m delighted to make up for that”.

“We had everyone back training this year and we had a couple of lads who hadn’t played in a few years back with us and since January we just put in a huge effort”.

O’Toole played in the early part of the League but he spent the Summer stateside before returning for most of the Championship in which he played a starring role.

“I was in America for the Summer and I promised Monasterevan I’d be back for the second round of the Championship and my flight was that day and I came home and came on at half-time that night against Ballyteague after only being off the plane about five hours so it was worth it.”

“We are such a young team which is the great thing and I think in four or five years we can definitely push on at Senior Level as we have good underage coming through the ranks at the moment”.

Monasterevan weren’t at their best in the 1-8 to 0-7 victory but credit must go to Leixlip for that as the Blues now eye up a crack at Leinster in a couple of weeks.

“Leixlip had big men all over the pitch and it was hard to break them down and we found it difficult coming out of defence but once we got the ball in to Padraig Nash and Ryan Bannon we knew they would do the damage”.

“We aren’t satisfied with just winning a County Title as we want to go and contest Leinster and an All-Ireland even aswell as we lost out at that stage in 2012 so we want to keep pushing on”.

“We aren’t out for another three or four weeks so at least it gives us time to party for the next few days”.

You get the feeling the party will go long into the week around Monasterevan.