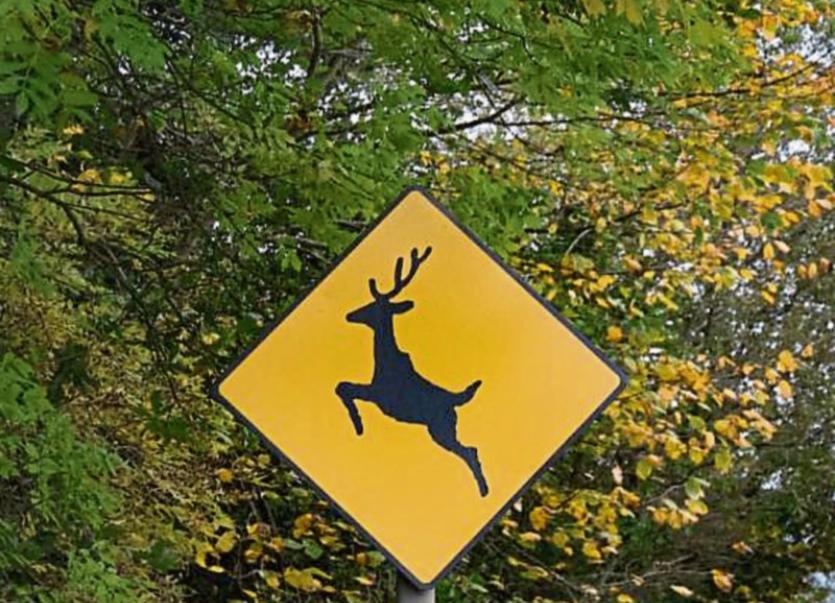 Kildare County Council has been urged to erect signs warning about wild deer along a busy road near Two Mile House.

Cllr Tracey O’Dwyer claimed there could be ‘serious consequences’ if a vehicle is hit by one of the animals near Mullacash.

Cllr O’Dwyer of Fine Gael said: “A herd of wild deer live in the Harristown, Mullacash and Stephenstown area and the road in question is between Stephenstown and Carnalway.

“This 80km stretch of road is a fast, straight stretch of road and it was brought to my attention by concerned residents that the deer move between the three woods which means they cross from each side of this road.”

“In the interest of safety it is important to protect all users of the road and it was felt that if road users were alerted to the possibility of deer crossing that motorists would be more vigilant.”

Councillor O’Dwyer will be raising the issue at tomorrow’s [Wednesday] monthly meeting of Kildare-Newbridge Municipal District.

The politician wants the council to investigate and — if deemed appropriate — erect signage on the stretch of road involved.

There are already signs warning of wild deer erected along the M7 and M9 motorways and other roads in Co Kildare.

Deer are usually more active at this time of year as the mating or ‘rutting’ season falls between October and December.

Male deer compete against each other to gain a female’s attention.

The animals may commonly cross roads at dawn and at dusk.

The IWDA advised drivers to reduce speed when they see a warning sign and to be prepared to stop. Motorists should never swerve as their vehicle could end hitting another obstacle.

Motorists should also be aware that other deer may follow as the animals tend to travel in groups.