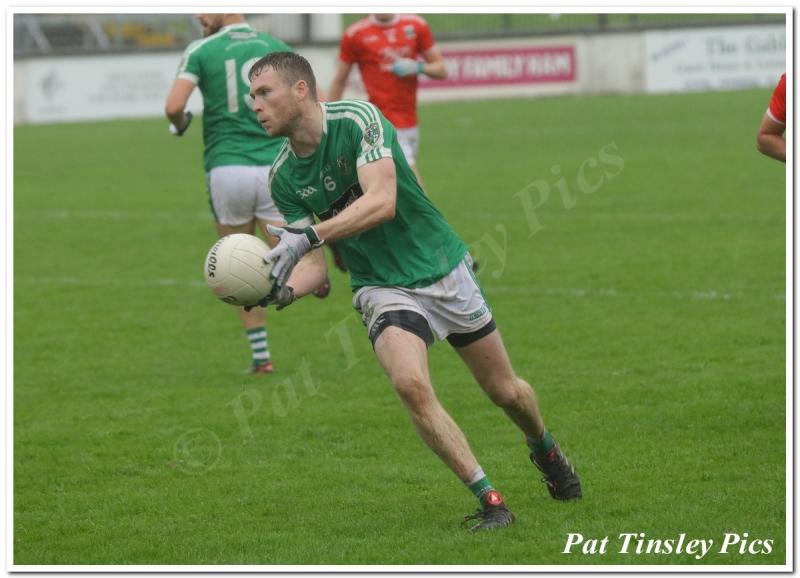 Sunday afternoon will see Moorefield take centre stage on County Final day for the fourth year in a row when they lock horns with Newbridge rivals Sarsfields.

Wins over Celbridge in 2016 and Athy in 2017 mean the defending County Champions are on the verge of a first ever three in a row for the Club and thus completing the collection of defeating the so called top four in Finals during that period.

James Murray will again lead the team out on Kildare Football’s biggest day and despite all the success over the past few years it’s something the captain still relishes.

“It’s great to be back in a County Final, it’s a great buzz every year and we are really looking forward to it”.

“Playing Sarsfields probably gives it a bit more of an edge aswell so it’s going to be a good build up”.

“We are an experienced team but even still Sarsfields have some experience in their dressing room too and they were here before against us in a Final and it’s going to be a great occasion on the day”.

“I wouldn’t say there’s much of a difference with regards to our mental preparation for the match but there is definitely a buzz around the town which is great to see and there will be great banter among the supporters as there is a great rivalry but for us we’re thinking of our performance and the hard work and belief that we need to bring to the game”.

In comparison to 2017 where they won the League and 2018 where they reached the Final it has been a bit different for Moorefield this year as they struggled for early season form.

Carbury led by their own Philly Wolfe gave them a bit of a lesson in the semi-final and this weekend’s opponents then defeated them in the opening round of the Championship so they have had to refocus.

“We started the year very well particularly the earlier stages of the League and then I suppose we had a bit of a blip against both Carbury and Sarsfields and we had to remind ourselves that we needed to work harder in training”.

“Our mental attitude in training wasn’t where it should have been but the last few weeks we have been on an upward curve and we’re looking for a good performance in the Final”.

“We only came back training in early August after the two defeats as we were working a lot on fitness up to that so we’ve concentrated a bit more on football and tactics the last few weeks”, Murray told the Kildare Post.

Moorefield manager Ross Glavin is doing his best to peak his side for the important period of the year and their semi-final victory over Athy only emphasized that and Murray who has played at wing back, centre back and wing forward at different stages of the Championship was content with how they performed for much of that game.

“The first thirty minutes against Athy was probably the best football we have played this year as we put them under immense pressure”.

“I suppose we came out strong in the second half aswell and then they had their purple patch and we can learn to be a bit more composed on the ball in the final ten minutes but we were happy enough to get through it”.

Off the field the County Champions have had their fair share of setbacks in 2019 including the death of Club legend Tom McDonnell and Murray who coaches the Mini Moores in his spare time knows more than most who they are playing for.

“We had a meeting before the Athy game and reminded ourselves that we aren’t just playing for ourselves but we’re playing for the wider Moorefield community and those people that look after our clubhouse, our kit men and our underage coaches”.

“It’s especially special this year as one of our club legends Tom McDonnell passed away and he gave everything to this club as he was up here most nights of the week and we have to remind ourselves that those are the people we are playing for”, he said.

It’s that type of community spirit that has got Moorefield to where they are and if they win on Sunday it won’t just be for the players.