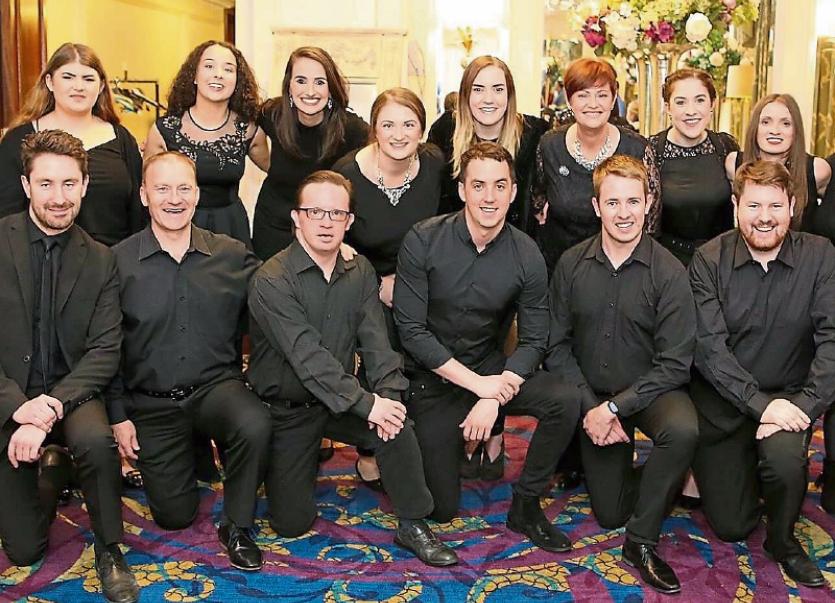 The evening’s programme will host songs from some of musical theatre’s best loved shows, including Singin’ in the Rain, Sister Act, Beauty and the Beast, and Jesus Christ Superstar, to name but a few. The concert, which will feature music from each of Newbridge Musical Society’s previous productions, showcases the wide variety of Broadway and West End musicals that have been performed in Newbridge since the Society’s inception.

Responding to mounting interest in the town, a collection of local musical theatre enthusiasts came together to form Newbridge Musical Society in 1980, with the group staging its first show, Oklahoma, the following year. It was at that juncture that the Society established two scholastic relationships it enjoys to this day, the first with Newbridge College, where the Society staged its first show in December 1981, and with the Holy Family Secondary School, whose music teacher, Oliver McDermott served as its first director. Today, the Society continues to cherish the generous support of both schools; the group stages its productions at Newbridge College Theatre, and rehearses at the Holy Family Secondary School.

Chairman Conor Kilduff said, “the concert is not only a celebration of musical theatre, but a celebration of everyone who has worked to build and support the Society over the decades. We are incredibly grateful to those who given so much of their time, energy, and ideas to help this group become the success it has, not to mention those who have contributed financially to our productions and fundraisers. This is a concert that honours both four decades of fantastic musicals and those who have made that possible.”

Concert director Cian O’Dowd said, “Not only can our audiences expect to hear some phenomenal singers, but we have purposely selected the very best songs from each of our productions over the past 40 years for inclusion in this jubilee concert. We’ll be playing many of musical theatre’s most famous numbers, on what promises to be a very special occasion.” The concert takes place at 8pm on Saturday, October 19, and Sunday 20. Tickets available at the door, from The Kiosk or from 089 205 1247.