LATEST: Motorists warned over collisions with deer during rutting season 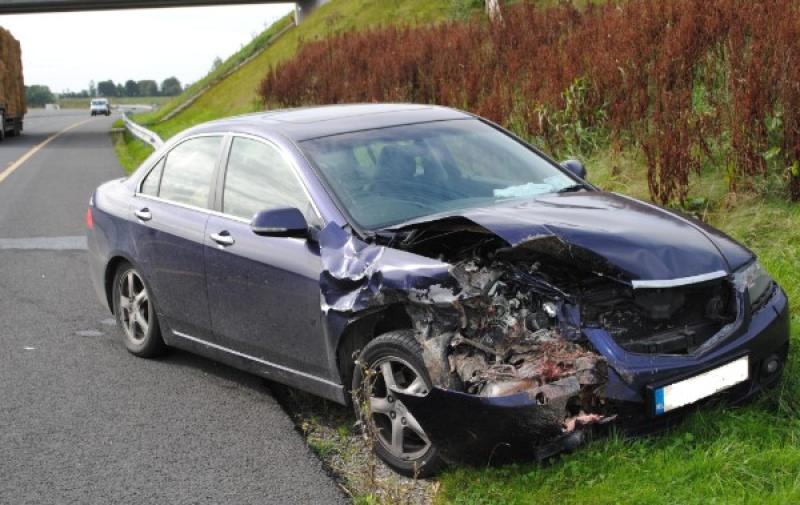 Damage to a car from a collision with a deer on the M9 last year. Photo: Irish Deer Commission

Road users have been urged to be aware of the risk of deer causing collisions — as the traditional rutting (mating) season begins.

The Irish Deer Commission are calling on motorists to be vigilant at dawn and dusk during October, November and December when deer are most active, particularly in high risk areas such as woodlands and mountains.

The experts called on drivers to reduce speed immediately if they see a deer and to dip headlights as these will cause the animal to freeze.

An Irish Deer Commission spokesman said: "Kildare would be considered a blackspot due to its extensive motorway network that passes through traditional deer habitat, and proximity to Co Wicklow.

"Co Kildare is unique in that is one of the few counties that has resident populations of all three deer species present in Ireland – Red, deer, Sika and Fallow deer.

"Areas such as Kilcullen, Naas and Monasterevin would be well known blackspots for deer vehicle collisions."

Data released by An Garda Síochána to the Irish Deer Commission in November 2018 show just over 100 reported accidents involving deer nationally, which included injuries to drivers.

The actual number is believed to be much higher as many accidents are not reported.

The Commission said: "It's autumn and in our forests and across our mountains, tensions are rising as the rutting season reaches its peak, the time of the year when male deer are driven by an urge to reproduce.
"From early October until November the clash of antlers will be heard as males show off their virility to potential mates and, like gladiators entering an arena, they parade around showing off their armoury of antlers.
"While the rut is an amazing experience to witness it is also a time when there is an increased incident of road traffic accidents involving deer as male deer go in search of females and younger males are ousted by dominant males forcing deer to cross roads and motorways.

Road users have been advised to reduce speed where they see a Deer warning sign and stay alert.

Drivers should be prepare to stop and should never swerve as you could hit another obstacle or oncoming vehicle.

When a road user sees a deer, they should dip their headlights as the full beam may cause the deer to freeze.

If a deer has crossed in front of a vehicle, be aware that other animals may follow.

Also, do not approach an injured deer as it is not safe.