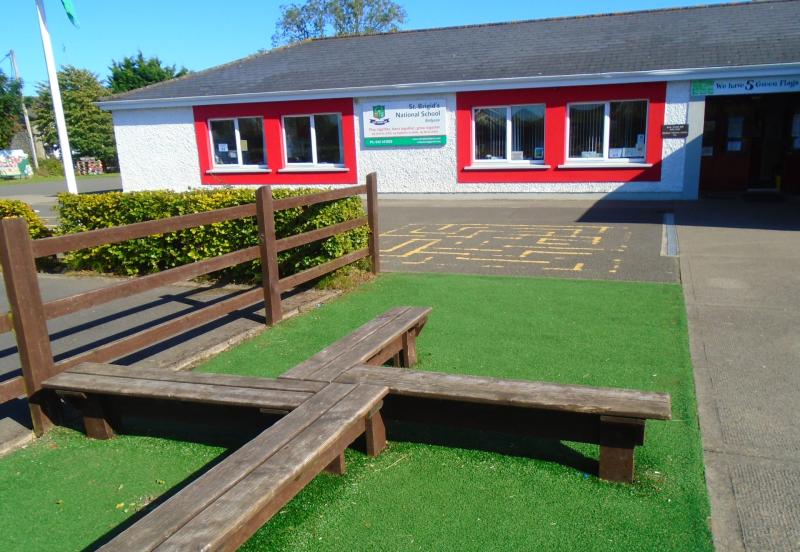 The late Ben attended primary school at St Brigid’s NS, and is very fondly remembered by the school community.

"The open day is an opportunity for parents who might be looking around at options for a primary school for their children, to visit the school, meet the principal and other parents, and to see the school" said Esther Reddy, principal.

"St Brigid’s NS, or Ballysax NS as it is also called, is situated in Cut Bush, Ballysax. It is just a few minutes from the Curragh and is also in short driving distance of Kildare, Kilcullen and Newbridge. It is a country school offering a range of activities and with seven classroom teachers, three special education teachers".

Also a feeder school to many secondary schools in surrounding towns, Miss Reddy extended an invitation to parents to bring their children to the coffee morning which will be in progress.

"The coffee morning is in aid of something which is very dear to the heart of the school community, Aoibheann’s Pink Tie" she added.

"All money raised at event tomorrow, and at the t-shirt day being run in school, also on October 18, will go towards a Benefit Night being held on October 26 in The Rising Sun, Brownstown. This is hosted by the Guidera Family in aid of Aoibheann’s Pink Tie and in memory of their late son, Ben.

"At the Benefit Night, one of the parents of the school, Mrs Jean O’Flynn, is very bravely doing a head shave to raise funds for the charity, along with a past pupil of the school who was in Ben’s class, Naomi Moore, who is having her beautiful long hair cut. Naomi is donating it for use as a wig by The Princess Trust Fund.

"We commend these two brave ladies and we ask you to come and join us on Friday 18 in St Brigid’s School, Ballysax (R56E782) from 11am to 1 pm in aid of this great cause".