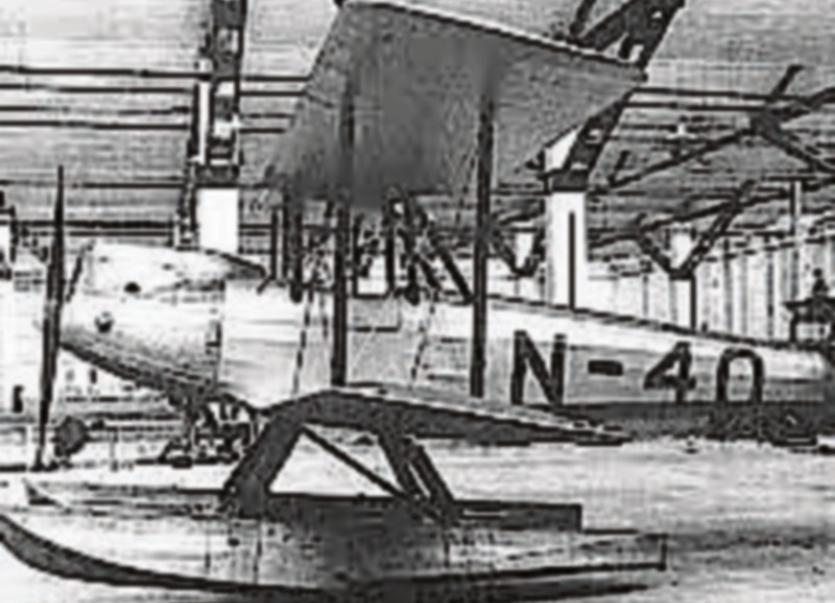 The book, Petticoat Pilots, about Irish female fliers from 1909 to 1939, is being published on November 1.

The book, by Michael Traynor, which contains a foreword by President Michael D Higgins, features women from many backgrounds who, the author says, “history has largely forgotten.”

Twelve pilots are featured and come from all over Ireland.

None of them are native Kildare but one did live at a property near Maynooth.

This  was Sicele O'Brien and her home in the 1920s was called Grangewilliam House, now called Airlie Stud.

A chapter is devoted to Sicele.

Michael Traynor said that sadly she earned the unfortunate distinction of becoming the first Irish female to be killed in an aviation accident in June 1931.

Sicele and her sisters were prominent in local social activities during their stay in Maynooth.

Her father was an England cricket captain. He was also a Justice of the Peace for county Cork.

One of the family homes was Lohort Castle, Mallow, which was burned in 1921.

Sicele  O'Brien, initially well known as a hunter and tennis player, was living there in the census in 1911.

She served as a First Aid Nursing Yeomanry driver in World War 1 between May 1917 and April 1919. She  received a British war medal and Victory medal.  Her father also served and her older brother,Timothy, was killed in action in 1916.

A member of the London Light Airplane Club, she got her commercial pilots licence in 1927 and was the second woman in Ireland and the UK to do that.

With Lady Mary Heath she set the 1928 British Altitude record.

On 20 October 20, 1928, she lost a leg in an accident near Mill Hill golf course Middlesex. Her leg was crushed in the crash and had to be amputated.

She kept her passion for aviation and  continued to fly herself using an artificial leg.  She was one of the two founders of the Aviation Ambulance Association of England.

She was killed on June 18, 1931, when her plane crashed on take off at Hatfield, Hertfordshire. The plane's co-owner, the explorer Enid Gordon-Gallien, was in the Blackburn Bluebird plane and also died in the crash.

Their plane crashed into a hayfield outside the aerodrome and immediately burst into flames.

The book is being launched on October 29 at the EPIC Irish Immigrant Museum in Dublin.  More information from author: traynormichael0@gmail.com