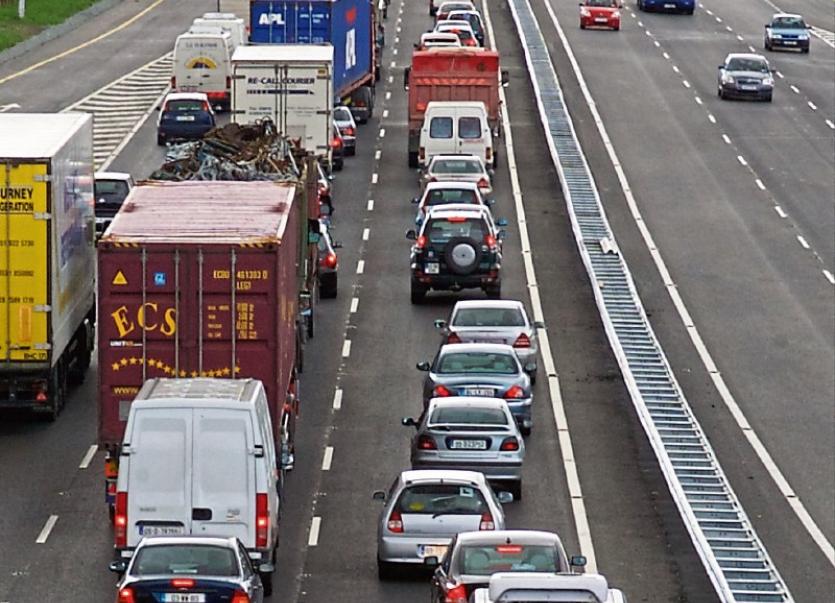 Almost €15 million has been made available via a housing support fund to help pay for major road and infrastructure work for Maynooth, Kildare North TD, Bernard Durkan has said.

The money is linked to the building of 800 extra houses in Maynooth, some of them social and affordable, for which planning permission will be applied next month.

Deputy Durkan said that residents and commuters living in Maynooth, Kilcock and the surrounding areas have been experiencing lengthy delays due to heavy traffic, particularly at peak times. “I highlighted this issue yesterday (Oct 15) in the Dáil Chamber, stressing the urgent need for road relief proposals to be implemented to ease congestion,” he said.

The Fine Gael Government TD said €14.5m in funding, which was approved by Government three years ago,  has been made available through the Local Infrastructure Housing Activation Fund (LIHAF) to support a major roads and infrastructure project for Maynooth.  “It is crucial that progress is made on this project sooner rather than later in order to alleviate heavy congestion in the short term and provide necessary long-term infrastructure to support the rapid growth and development of Maynooth town and the surrounding area.”

In his statement to Deputy Durkan, the Minister said that the LIHAF funding of €14.5 has been made to support a roads project in Maynooth (75% grant funding of €10.88 matched by 25% local authority funding). The project comprises the building of a 1.5 km section of roadway, linking the Dublin road (R148) and the Straffan road (R405) in Maynooth. Also included are improvement work at the junction of the Straffan, Leixlip and Celbridge roads, a new railway bridge and a new canal bridge. The road will also include a cycleway and footpaths.

The Minister said this project “allows for significant development to take place in Maynooth.”

He said the project is currently at route selection stage and was approved by Kildare County Council in July 2019.

The Council has told the Department the infrastructure work will be ready to go to tender in Q1 2020 with the tender awarded in the second quarter of  next year.

The Minister said a strategic housing development application for LIHAF housing is due to be lodged by the developer at the end of this November. This will mean that, subject to planning approval, 800 more homes will be delivered in Maynooth, “including 720 cost reduced units over the span of the project with a cost reduction of €18,000 per cost reduced unit.”

The 800 house project is one of 30 LIHAF house projects initially approved in 2016, enabling, said the Minister,  the delivery of a total of 20,000 units. Around 5,600 of these will be social or affordable and another 5,600 will have a cost reduction on open market prices with the rest sold at market rates. So far 1,489 units have been delivered so far under LIHAF and, said the Minister, this is expected to rise to over 6,000 by the end of next year.

Deputy Durkan said will continue work closely the Minister for Housing, Planning and Local Government, Kildare County Council and the Minister for Transport in the coming weeks and months in relation to this important issue.

His his statement to Deputy Durkan