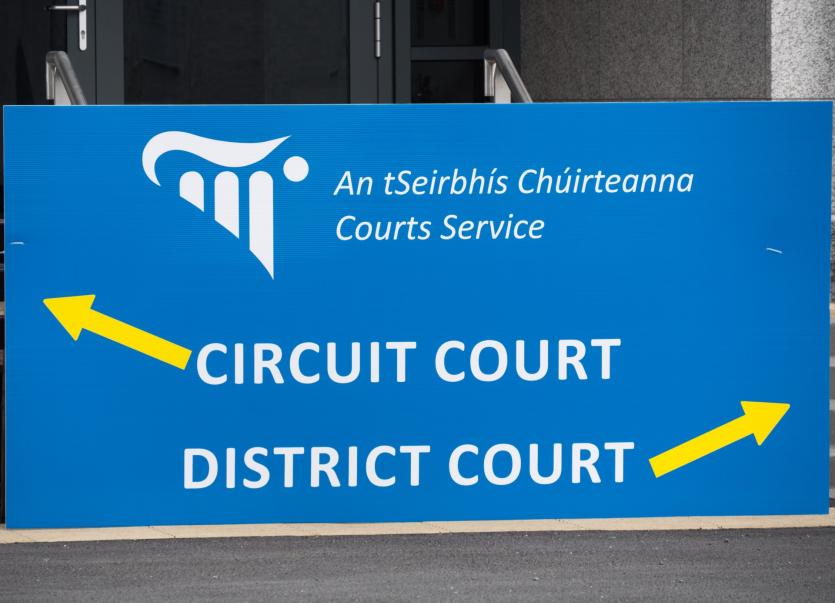 The case was heard at Naas District Court at Naas Racecourse

A man who was charged with possession of implements that could be used in a theft or a burglary claimed that rather than being on his way to commit a crime when stopped by gardai, he was actually on his way to meet a married lady at a Naas hotel.

Karl Mullen, 41, of 2 Rowlagh Crescent, Clondalkin, was arrested by gardai late on February 13, 2018 at Topaz, Kill. He and two companions were spotted at the garage, acting suspiciously, prosecuting gardai said.

At Naas District Court on Wednesday, October 16, Garda Dawson said the car in which Mr Mullen was travelling, a Nissan Almera, had baseball caps, a sky mask, several pairs of gloves, a balaclava, a snood, screwdrivers, vice grips, two crowbars, one full-sized and one mini, and two chisels.

Most of these items were found in the boot of the car.

The court heard evidence from one of the gardai present on the night that the defendant admitted to them that he was driving the car, and that he had bought it that day for €90, and that a payment plan of amounts of €20 had been agreed.

That’s despite the fact that a companion of his produced the car keys from his underwear on the night in question.

However in an interview with gardai later that night, and in the witness stand last Wednesday, Mr Mullen denied that the car was his and said it belonged to his friend. He also denied driving it, and on this basis he defended charges of driving without insurance or a driving license. He insisted that he was a passenger and knew nothing of the items found in the boot.

He told the court that his friend had picked him up from his sister’s house earlier that evening and that he was on his way to a hotel in Naas to meet a woman. He said that she booked the hotel.

Under questioning from Inspector Brian Cagney he couldn’t quite recall the name of the hotel, other than the word ‘town’. His solicitor Conal Boyce told the court that in previous conversations between them the defendant had told him it was the Town House Hotel.

In cross examination, by Mr Boyce, the defendant admitted that the woman was married and that he did not want to name her for fear of the name appearing in media reports of the case.

Judge Desmond Zaidan said there were significant inconsistencies between the evidence of the defendant and the interview he had given to gardai on the night. He said he didn’t accept a word Mr Mullen had said and found him guilty.

The defendant had 81 previous convictions, including three for burglary, 14 for robbery, one for attempted robbery, road traffic offences. His first conviction was in 1997. He has served sentences in the past and is currently serving a four year sentence. Mr Boyce said that his client has two children whom he does not want to see while  he’s in prison.

He is a heroin addict, and is now on methadone, and making progress, Mr Boyce said.

He is active within the prison school, and has good support from his parents and siblings who visit him.

Judge Zaidan sentenced him to a total of 17 months and disqualified him from driving for 10 years.