368 bicycles were stolen in Co Kildare over 18 months 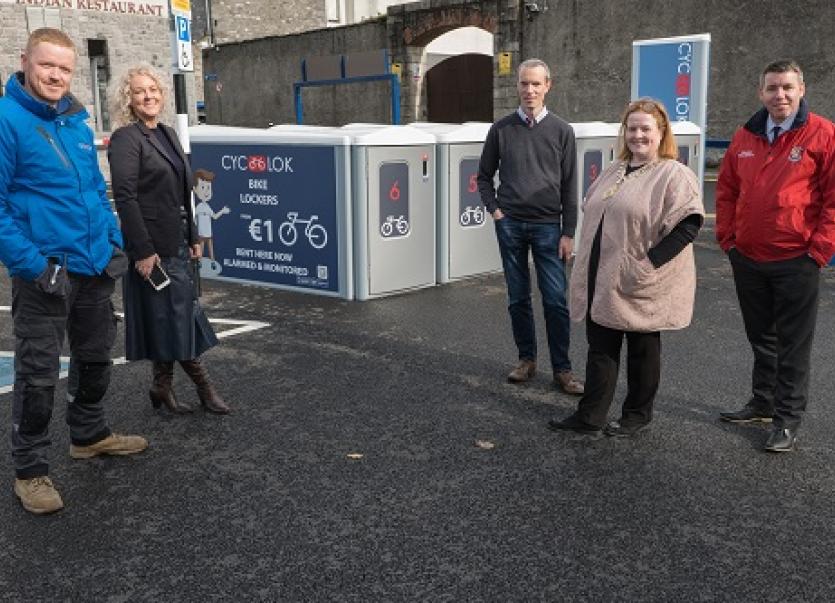 A new secure bike locking system has been installed in Naas this week, as Kildare County Council reports that 368 bicycles were stolen across the county over an 18 month period from June 2016 to June 2018.

The ‘Cyc-Lok’ system, a secure bicycle locker scheme is located at Abbey Street car park in Naas, and the twelve-unit installation will provide cyclists with a more secure locking area for their bicycles.

The Cyc-Lok scheme will also compliment the gardaí’s 'Lock It or Lose It' campaign in a bid to improve general security of bicycles.

The Lockers are provided by Cyc-Lok, following a successful tender process. The units are located at Abbey Street in Naas where users can book on a short or extended term basis by using the ‘Cyc-Lok’ app.

Lockers are booked and paid for on demand.

Louise Murphy of Cyc-Lok said “We are happy to be providing our Secure Bike Lockers to the cycling community in Kildare. Our Cyc-Lok system is affordable, user friendly, secure and safe to use. The units based at Abbey Street, Naas are alarmed and monitored, and we hope cyclists around Naas and its environs will use the Cyc-Lok system.” 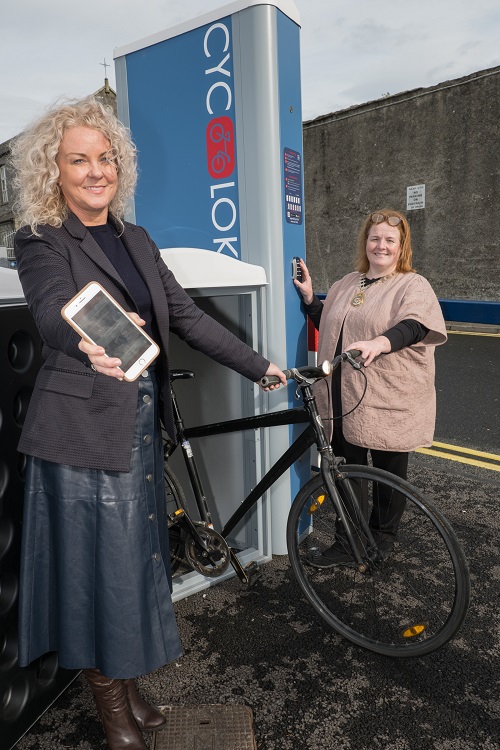 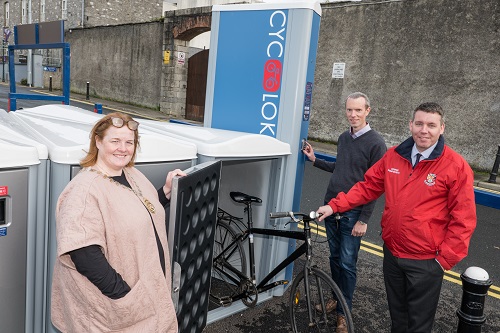 Cycling has become a huge part of many people’s daily lives and having the lockers available to the public allows cyclists to use them at their own discretion, pending availability of a locker.

Kildare County Council’s Road Safety, Cycling and Sustainable Transport Officer Declan Keogh said: “Cycling is a very popular, healthy and active way of getting around and by having these bicycle lockers installed, it not only provides users with that added sense of security, it also enables them to shop locally or perhaps travel further on a bus or other form of public transport and return later to collect their bikes. We all need to think smart in how we are choosing our modes of transport, and these bicycle lockers are a small but important step in those smart moves to a more sustainable transport.”

The project was led by Diarmuid O’ Donohue, Executive Engineer at Kildare County Council who put a lot of work and time in sourcing a secure and safe bicycle locker unit for Naas.

Having the secure cycle lockers can also greatly reduce the number of bicycles which are being locked to street furniture, poles or lampposts along footpaths or streets, all of which cause accessibility issues for able-bodied and disabled persons.