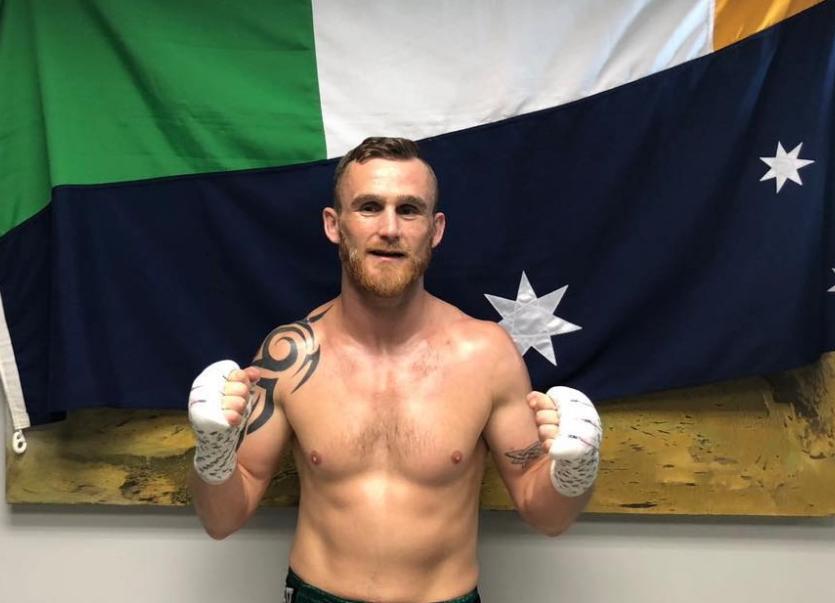 Dennis with the Irish and Australian flags

Kilidare boxing fans will be cheering for Kilcullen native Dennis 'The Hurricane' Hogan when he fights in a WBC middleweight champ bout in New York on December 7.

'The Hurricane' (34), who is based in Australia, will be up against American opponent Jermall Charlo at the Barclays Center in Brooklyn.

The Texan native has 29 wins to his name and has won three of his last four at the New York venue.

Hogan said in a video posted on his Facebook page: "It's an absolute honour to be fighting in such a historic boxing city - New York.
"I'm looking forward to getting as many Irish and Aussies there as possible.
"We're gonna rock the place and make an amazing atmosphere.
"Thank you all for your incredible support so far."
He added: "December will be incredible. December 7 will be a great night of boxing."

In Hogan’s last fight, he suffered a controversial points defeat to Jaime Munguia in Mexico as the home fighter was lucky to hold on to WBO world light-middleweight title.

Hogan has yet to fight in Ireland as a pro, having boxed out of Australia for most of his career.

His ultimate dream is to win the title on away soil and defend it in Ireland.