The big local Derby takes place in St.Conleths Park on Sunday at 3.30 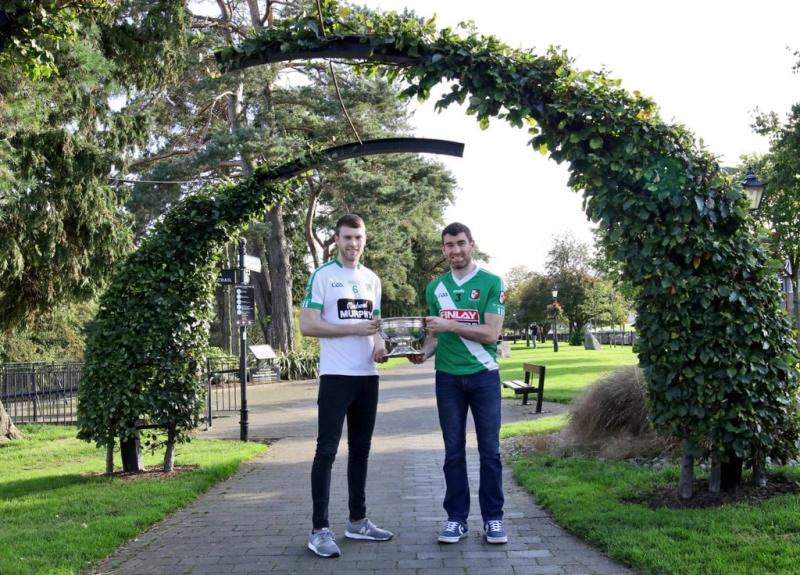 It’s a case of familiar foes locking horns once again as Newbridge rivals Sarsfields and Moorefield meet in a County Final for the ninth time this side of the millennium including Replays with Moorefield coming out on top on five occasions to Sarsfields three with one draw.

No matter what state the two teams are in they always have a habit of getting it right on the big day and thus here we are again.

In fact this is one of the biggest Newbridge Finals there has ever been with Moorefield seeking the club’s first ever three in a row.

History tells us that its usually the other Newbridge team to deny this feat so its fitting that it’s Sarsfields standing in the way of the Moores.

Just getting to the Final is a fair achievement for Moorefield as no team attempting the piece of history has even reached the Final since Clane back in 1993 where Sarsfields again were lying in wait.

Newbridge Finals take on a life of their own and there is always a great buzz around the Town on County Final Day as a result but it’s not a pairing many would have predicted a few months ago.

After Naas won the League in defeating a Carbury side that accounted for Moorefield there was a growing sense that a new dawn was coming in Kildare Football but that League form is feeling like a bit of an arbitration at this point with both disappointing in the Championship.

Athy and Celbridge then impressed in the early part of the Championship but as they tend to do they bowed down when faced with the Newbridge pair in the last four.

It was two very good performances from the finalists with Sarsfields grinding down a rather toothless Celbridge attack to seal their final place while a scintillating first half performance enabled Moorefield to hold off a fast finishing Athy.

One added ingredient and a pretty strange one is the fact that neither manager will be around after this year with Ross Glavin joining Kildare as a selector while Davy Burke is off to manage Wicklow.

Knowing the two men though this is not something that will distract them in the slightest.

On the game itself Moorefield will go in as rightful favourites after winning the last two titles but the Sash will only love coming in under the radar and with Burke working his magic they will quietly fancy their chances.

Moorefield spent most of the Summer trying to find their form but they seem to be close to it again and as per usual they have a real mean look.

Ian McDonnell has taken over the reins in goal from Tom Kinsella but apart from that the likes of Liam Healy, Mark Dempsey, Liam Callaghan and Kevin Murnaghan are all still there in a ferocious back six.

2018 Club Player of the Year Aaron Masterson has the ability to dominate the middle no matter who is beside him while Eddie Heavey, Eanna O’Connor and Adam Tyrrell are lethal up front.

They have a number of talented players on show but workrate has always been their number one trait and that is one thing that comes from the Davy Burke playbook on the other side.

Every team the Confey man has managed have worked hard all over the pitch and if you don’t do that you will soon be beside him on the sideline.

The likes of Ray Cahill and Alan Smith would have been known more as score getters but he has got them putting in a shift and everyone else is following suit as a result.

Its behind Smith and Cahill that Burke has got the most improvement with a completely changed mentality in a defence that for a while looked pretty open.

Captain Sean Campbell mans the square at full back, the Ryan brothers are good man markers while Cian McConnell and Tom Aspell have been revitalised under new management.

Throw in Conor Hartley and Barry Coffey to help Cahill and Smith and you have a real team in the making there.

Don’t rule out a shock change either with Cian Byrne, Gary Whyte and Ronan Fitzgibbon all back from Defence Forces duty to add to their strength in depth.

After beating Moorefield earlier in the Championship Sarsfields now have the dangerous ingredients of hunger and belief that they can turn their rivals over.

You write the Moores off at your peril though and they have got the shirt time and time again and been there and done that. They have huge experience in their dressing room and that may be enough to sway victory in their direction.