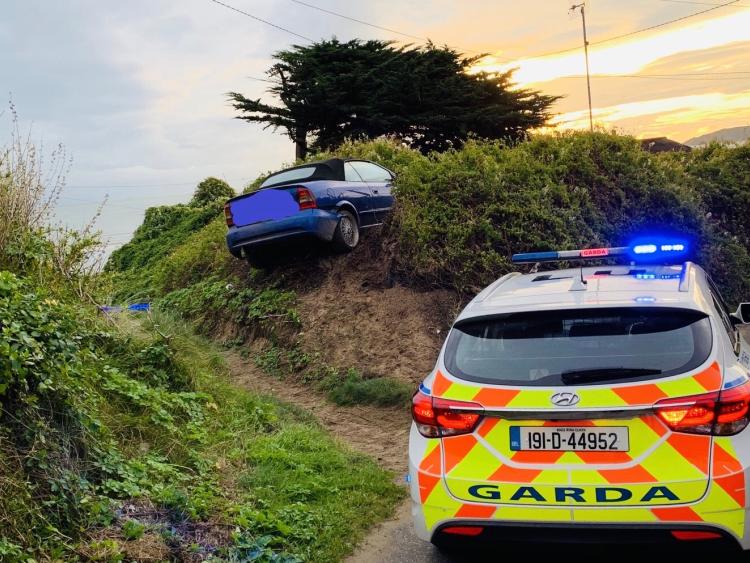 This was the scene over the weekend when a sports car left the road and ended up nose first in a hedge.

The photo appeared on the Garda's Twitter page - but no location was given of the incident involving the convertible vehicle.

Gardaí said: "It appears as if speed was a major contributing factor to this car becoming an 'off-road' vehicle."

They quipped: "A car on the road is worth two in the bush."