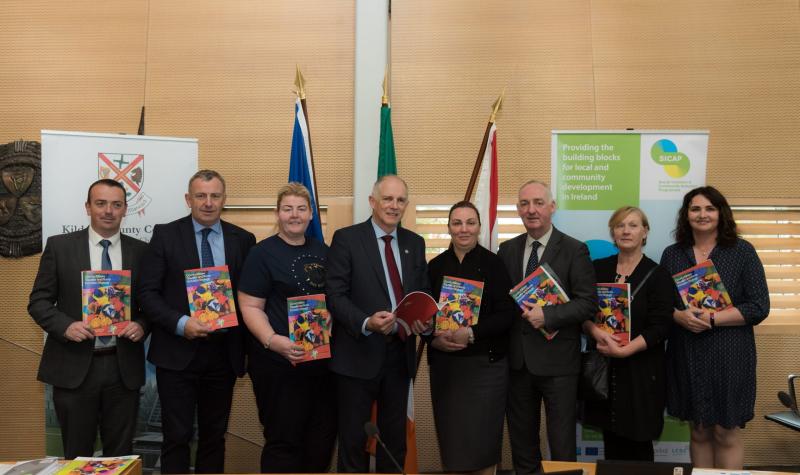 A new strategy was launched last Tuesday morning, October 15, which aims to improve the lives of the Traveller and Roma populations in county Kildare.

In fact, Kildare has lead the way in the creation of a such a strategy, a point mentioned by Minister of State for Equality, Immigration and Integration David Stanton who launched it last week.
The Traveller and Roma Inclusion Strategy has a significant list of actions touching numerous areas such as equality and discrimination, housing and accommodation, education, employment, and healthcare.
The development of the strategy was led by organisations such as the County Kildare Local Community Development Committee and funded jointly by Kildare County Council and County Kildare LEADER Partnership (CKLP).
The direction of the strategy is informed by the findings of surveys taken among the Roma and Traveller families, that had, perhaps, surprising results. 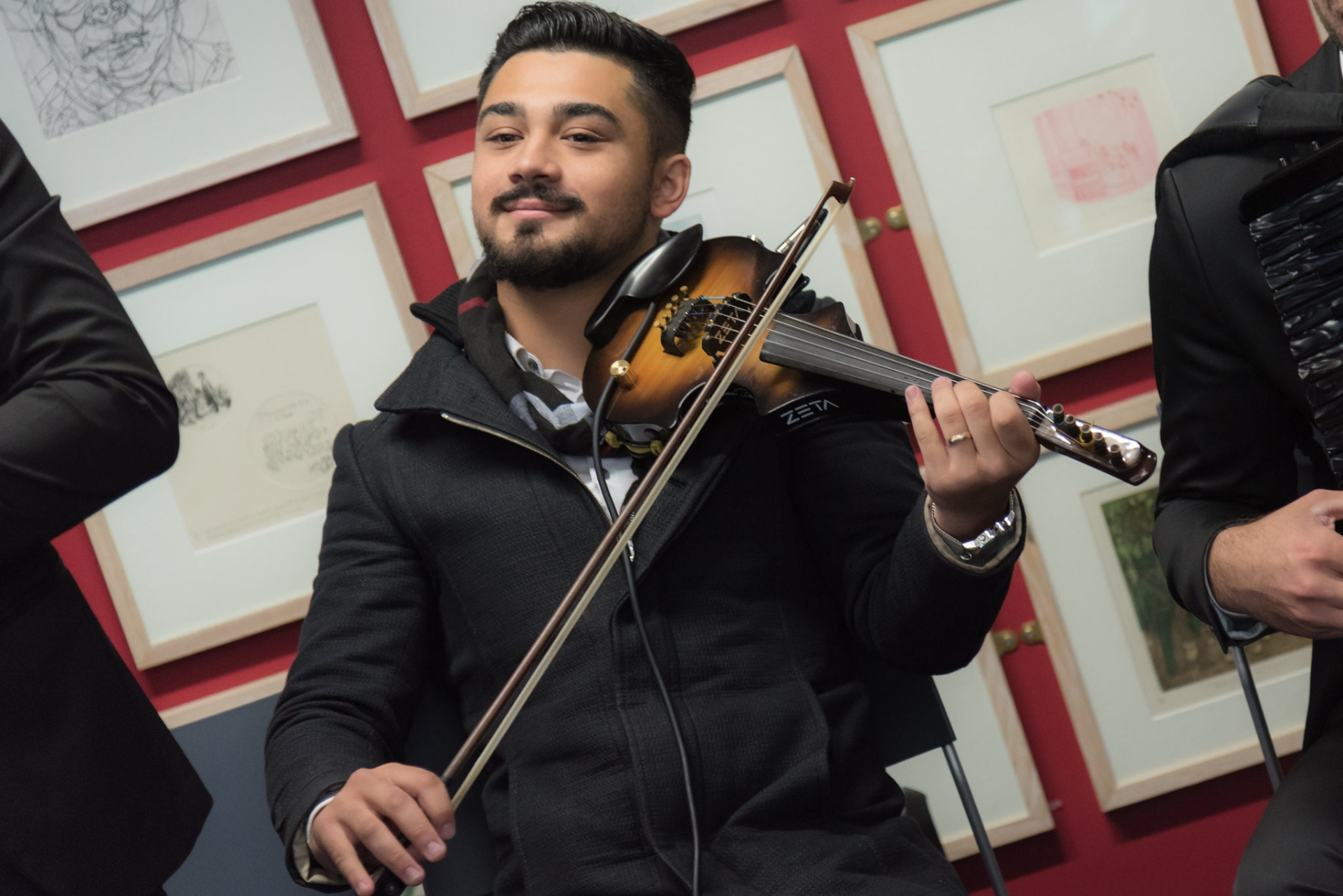 Roma musician at the launch of the strategy

100% of the Travellers surveyed believed they faced barriers to full inclusion in the community and society in Kildare.
36% of them identified housing and accommodation as a priority for the strategy.
Meanwhile, it also found that only 13% of Traveller children complete second level education, and suicide rates and life expectancy were far poorer compared to the settled community.
One of those who spoke at the launch was Traveller woman Briget O’Brien, one of four primary health care workers with Kildare Traveller Action. She said she was glad to see that in the document, discrimination was recognised.
“The effects of discrimination is one of the reasons for the high number of suicides in the Travelling community,” she said.
“Suicide is seven times higher in Traveller males than in the general population,” she explained.
She described the launch of the county inclusion strategy as “a great day”.
Similarly the Roma community had a broadly similar experience.
Some 81.1% reported having felt discriminated against in the street and in public settings, while 77.5% reported being stopped by gardai looking for ID. 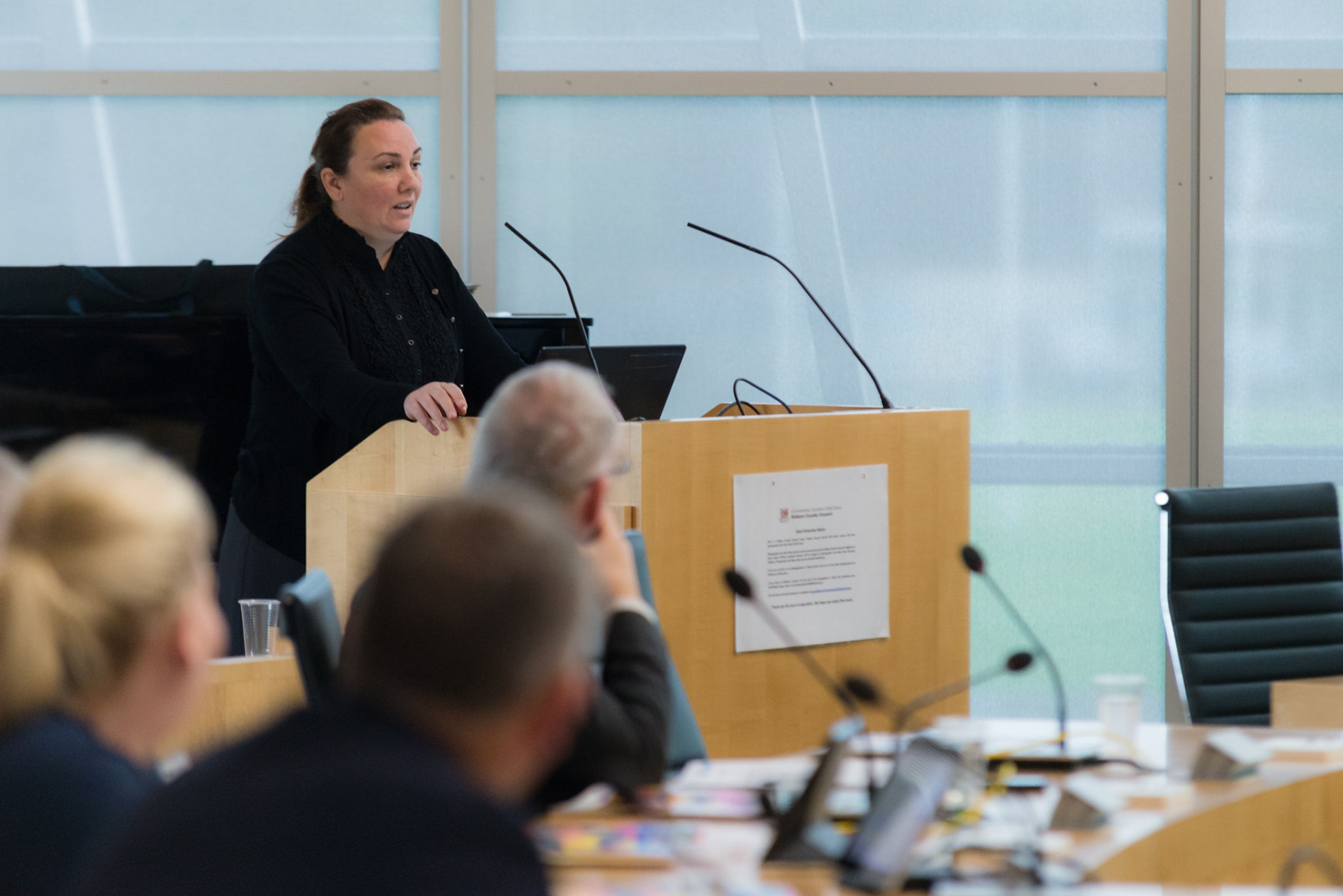 Some 57.5% did not have enough money for books and uniforms for school while 48.1% of respondents who applied for social protection were not successful.
It is estimated that there are 10 to 12 million Roma all across Europe, spanning numerous countries, approximately 10,000 of whom are in Ireland.
Speaking at the launch, Gabi Muntean of Pavee Point noted that there are 500 Roma living in Kildare.
She said that some Roma were progressing through the educational system, with three of them in Maynooth University studying law.
Pat Leogue Generaland, Social Inclusion Manager of CKLP, spoke glowingly of the interaction and commitment of Traveller and Roma people in the development of the strategy, emphasising that without their involvement, it simply wouldn't have been completed.
All of the speakers emphasised the need to implement the action points in the strategy, which come under the headings of equality and anti-discrimination, housing and accommodation, employment, education and health.
As Bridget O’Brien put it:“Now the real work starts. This document will have achieved nothing if it is not put into action.”
Under the heading of Equality and Anti-Discrimination the strategy propses the roll out of cultural awareness and anti-racism programme to local stakeholders like public service providers and the Chamber of Commerce and showcasing and celebrating Traveller and Roma cultural diversity through media events.
Under the heading of Housing and Accommodation, the stragegy proposes a “robust monitoring and evaluation framework, with a view to ensuring full expenditure of funds allocated to Traveller specific accommodation”.
Under the Employment heading, the strategy proposes establishing increased employment, training and apprenticeship opportunities for Traveller and Roma people, as well as the development of awareness and promotion of targeted training programmes which aim to promote sustainable employment such as literacy, safe pass, HACCP and manual handling.
Under the heading of Education, the strategy has an objective to improve access, participation and outcomes to achieve outcomes that are equal to the majority (settled) community. This was quite similar to the objective of the Health section of the strategy, with action points such as ensuring access to interpresters in GP consultation and across the health services for Roma people as appropriate, as well as engaging into research into the mental health needs of Traveller and Roma communities.
All of the action points are assigned to an agency or organisation who are expected to carry out the action point.