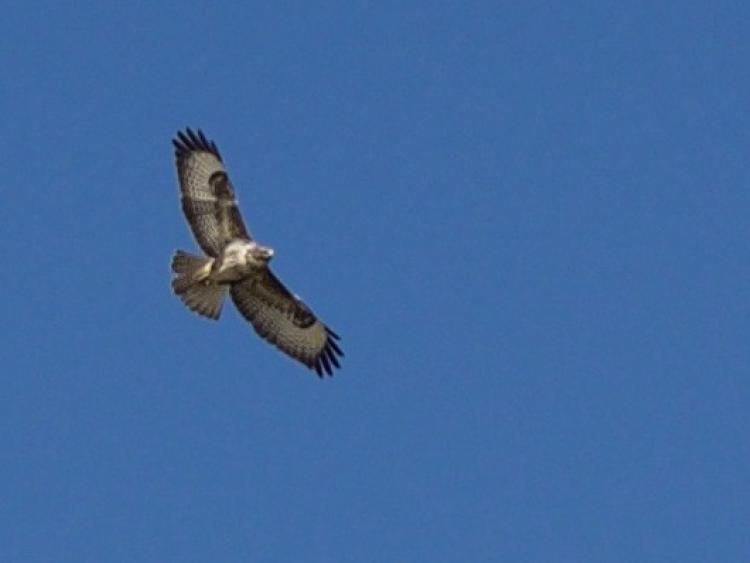 Newbridge man Paul Winters got a lucky shot yesterday of a buzzard, one of Ireland's largest birds of prey.

Although common enough, they are often either too high up or moving too fast for a detailed picture to emerge.

Mr Winters and his friend James Deeges were visiting Pollardstown Fen and enjoying the good weather when Paul happened to spot the bird overhead.

"James is a professional photographer and had his camera with him, so I grabbed it and took about 40 shots in quick succession.

"I got lucky," he admitted. 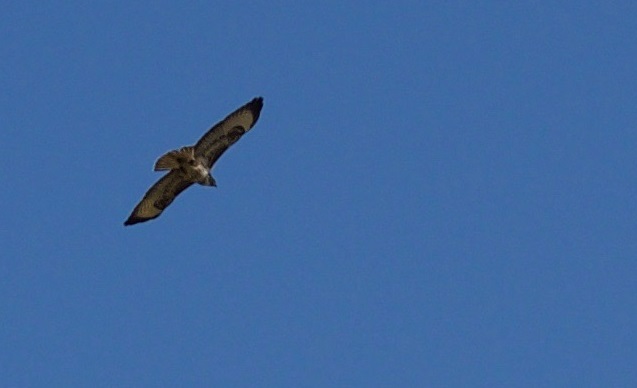 The buzzard has a wide wingspan, sometimes measuring up to five feet or more

Along with eagles and kites, buzzards became extinct in Ireland over 100 years ago, largely because of the actions of humans.

However in the past few decades, especially in the five to ten years, the common or European buzzard recolonised Ireland without any human intervention.

They are a large bird with, when fully grown, up to a five feet (1.5 metres) wide wingspan. They are a particularly hardy and adaptive species, being able to survive on small mammals like rats and mice, as well as carrion such as dead bird.

On good days they can be seen high up taking advantage of rising warm air, keeping an eye on the ground below. Alternatively they are often seen perched reasonably low on fence posts or telegraph poles.

They are essentially brown all over with a lighter pattern on the underside of their wings, as is evident from Paul's great pictures. They're call is unmistakeable, being a loud and high-pitched 'ee-eek' sound.