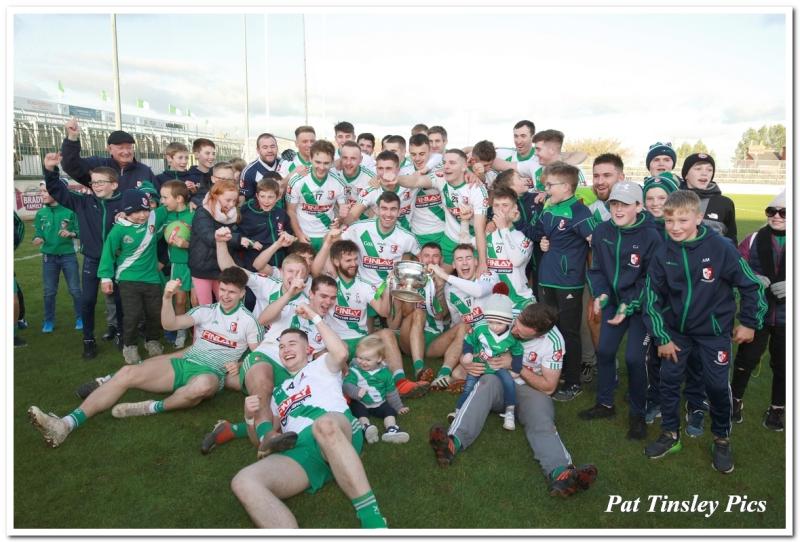 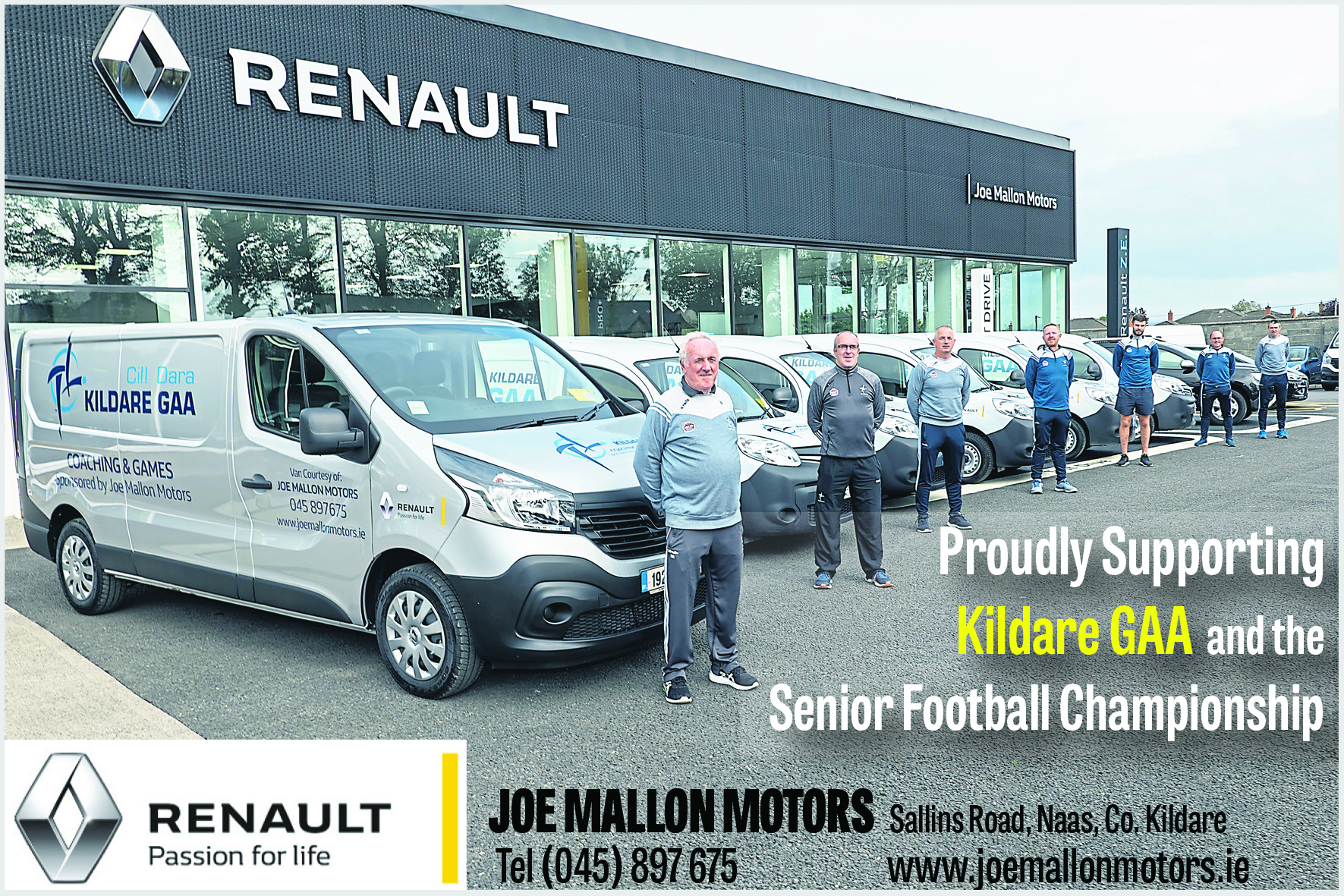 Sarsfields are back as the Kings of Kildare Football after they got one over Newbridge rivals Moorefield in the Senior Football Championship Final Replay at St.Conleths Park.

Sarsfields were fully deserving winners and two second half goals from Cian Costigan and Shane Doyle eventually put the seal on the six point success.

The game was tightly fought until Costigan's 50th minute goal and from that point on the Sash began to take control.

Sarsfields began well and led 0-5 to 0-1 but a Niall Hurley Lynch goal gave Moorefield the initiative to lead at the break but helped by the ferocity of the Ryan brothers and the scoring threat of Ben McCormack Sarsfields eventually pulled clear.

It's a victory that will taste very sweet around the bottom of the town as they denied the Moores of that sought after three in a row and it will have been a big motivation factor.

Prior to throw-in it was announced that both Cian Costigan and Declan McKenna would come in for Alan Smith and Cian McConnell on the Sarsfields side while for Moorefield Adam Tyrrell replaced Mark Dempsey.

They were the scheduled changes but after the pre match parade Moorefield made three more alterations with Tom Kinsella, Ciaran Kelly, Jason Phillips and Sean Dempsey all coming in as Ross Glavin tried to spook his Sarsfields counterparts.

It didn’t seem to work originally though as Ben McCormack kicked the opening two points with both efforts coming from play.

Moorefield responded with a 4th minute Eanna O’Connor free but the Sash were rampant in the opening quarter and they scored the next three points with Cahill from a free and Darragh Ryan and Conor Hartley from play all splitting the posts.

There was also a number of incidents off the ball throughout with both guilty of misgivings while things even threatened to spill over on the sideline.

Moorefield were sluggish during this period but a drilled Eddie Heavey point halfway through the half soon got them into their groove.

Eanna O’Connor and Ciaran Kelly followed up with points and all of a sudden only a point separated the sides.

The defending Champions then hit the front for the first time when a long ball from Eanna O’Connor was knocked down by Jason Phillips in the square to Ciaran Kelly and he laid off to goal poacher Niall Hurley Lynch who buried a shot past Paddy O’Sullivan in the Sarsfields goal.

It was a real purple patch for Moorefield and further scores from Kelly and Cian O’Connor had them in a 1-6 to 0-5 lead.

Sarsfields ended a barren scoring spell of fourteen minutes with points from Hartley, Ryan and Declan McKenna but they missed a glorious chance to go back in front when Cian Costigan turned Liam Callaghan and had Ciaran McEnerney Aspell in space in front of goal but the Sarsfields defender mishit his shot and the effort went by the post.

O’Connor with his third of the half and his first from play increased the Moores advantage to two in first half stoppage time as they went in to the break leading on a 1-7 to 0-8 scoreline.

The second half was a lot less intense than a ferocious first half and there was only two points in the opening ten minutes with Ray Cahill and Adam Tyrrell exchanging frees.

Sarsfields lost captain Sean Campbell to injury in the early part of the half aswell but it only seemed to serve as motivation as they scored 1-6 without reply between the 42nd and 57th minutes.

Points from McCormack and Declan McKenna had got Sarsfields level before Barry Coffey edged them into a two point lead with a brace of efforts.

Cian Costigan then found the net in the 50th minute when McKenna won a break at midfield before laying off to McCormack and the centre forward duly found Costigan to score.

Coffey and McCormack then increased the margin and the Sash looked home and hosed as they went seven clear.

Moorefield as they do refused to throw in the towel though and a point from Adam Tyrrell was followed by the awarding of two penalties where O'Connor and Daryl Flynn were fouled with Tyrrell seeing the first saved before  O’Connor scored with the subsequent spot kick a couple of moments later.

That gave Moorefield a glimmer of hope in the four minutes of stoppage time but that was quickly extinguished when sub Shane Doyle took advantage of Moorefield keeper Tom Kinsella wandering outfield and struck home to an empty net as Sarsfields put the seal on a first County Title since 2016.