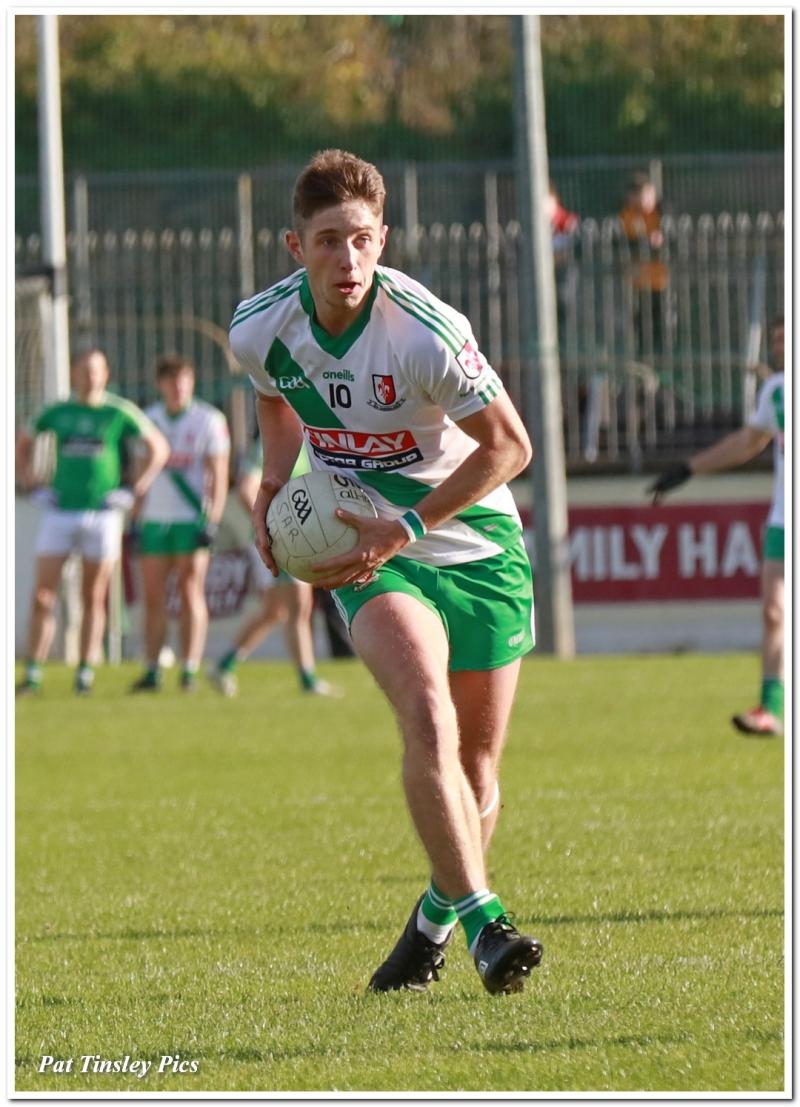 With regards to Kildare Senior Football Championship Sarsfields are the most successful in the County so even three years without one is seen as a long time.

For Shea Ryan it’s a second Senior medal and he praised the impact the new management had on getting them over the line.

“We’re all delighted now and three years is a long time in Sarsfields but there was a lot of hard work there the last few years with different managers and different systems and we just weren’t clicking but when Davy Burke came in and met us he was wondering how we weren’t achieving as we all knew we had the talent there with the younger players coming through”.

“The new management was a breath of fresh air for all of us and we are just delighted to get over the line”.

Sarsfields stayed alive by the skin of their teeth in the original drawn game but for a lot of the players it’s a game they feel they should have won as they missed a lot of chances and they improved tenfold in that regard.

Moorefield hit 1-4 without reply at one stage of the first half but the Sash were still able to garner a response.

“We said last week that after their ten minute spell that we dominated, we controlled midfield and we just didn’t take our chances”

“Even though we got the last point we thought we left that game behind us so we knew that if we got our shooting conversion rate up to 60 or 70% we’d a chance as we were creating a lot of chances and today they all went over”.

“It’s a great trait of this team in that we have great character and leadership and it’s not just the starting team but the whole 30 or 40 on the panel”.

“We knew Moorefield would have a few purple patches so it was just about limiting them on that and we knew we’d get our chance to go on and the few extra scores before half-time helped in getting the deficit down to just two points and that was big for us”, Ryan said.

For the second successive Sarsfields Senior Title win it’s a Ryan that walks away with the Man of the Match award and after Shea picked it up in 2016 it was brother Daragh’s turn to take the spoils on a big day for the family.

“It was Daragh’s first time starting a County Final and his first medal so it was nice for him and he got Man of the Match aswell so I’m delighted for him as he had a very good game and he’s a credit to himself”.

“I was Man of the Match in the last win so I said I’d let him win this one”.

Attention will now soon turn towards a Leinster Championship campaign and it’s something they want to improve on after losing at the first hurdle three years ago which Ryan was a part of.

“It’s well documented that we have a couple of boys going of travelling so we’ll celebrate and then focus on Leinster as we want to give that a good lash this year”.

“We’ve let ourselves down in the last couple of years so we need to regroup and give it a right go”.