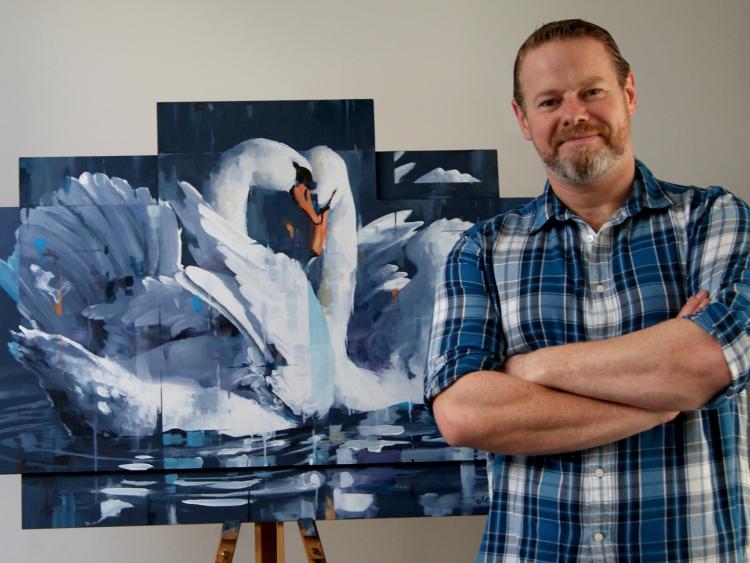 An acclaimed Kildare artist renowned for his striking animal paintings will be in the national spotlight at Art Source, Ireland’s largest art fair, at the RDS from November 15-17.

Renowned Celbridge-based artist Jason O'Ceannobháin has been honing his skill in creating animal pieces for over 20 years and is strongly influenced by Ireland’s native animals and rolling landscapes.

Striking and lifelike, his animal creations are painted onto a series of boards laid on top of each other in a step pattern, creating a bespoke canvas that is unique to each painting.

Jason has completed commissions for clients from all over the world and his work has been displayed in numerous galleries across the UK and Ireland.

“I have always admired modern architecture and décor, particularly the simplistic forms and clean lines that depicts the modern look,” said Jason.

“I designed a body of diverse art inspired by these characteristics, merging sharp geometric shapes with contemporary paintings.

“This format constructs different symmetrical frames, positioned atop of one another to compliment the painted subject.

“These layered panel paintings are designed to introduce tenacious character to modern décor, created in a manner that adds to the architecture, rather than take away from it.”

Meanwhile the largest collection of Banksy’s work exhibited on public show in Ireland is also set to feature at Art Source.

Over 15,000 people are expected to attend the year’s art show which will feature 200 of the best contemporary Irish and international artists and galleries.