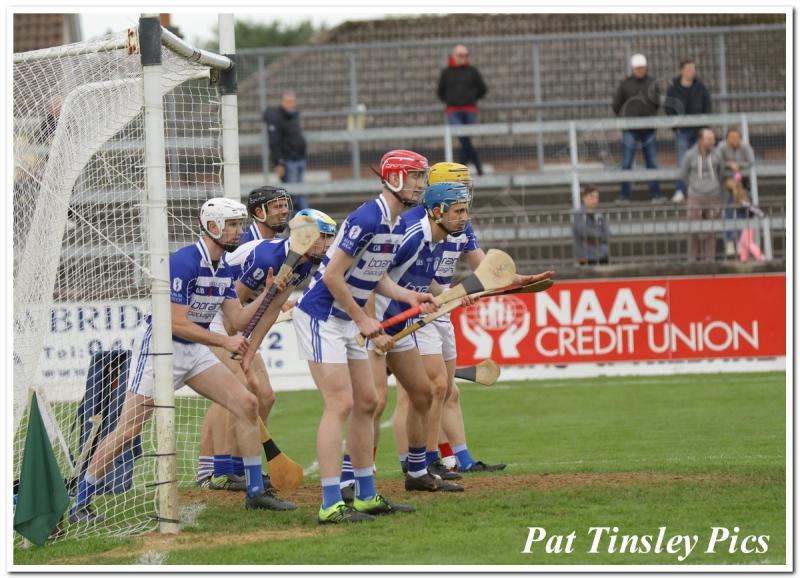 This afternoon will see Naas step into Leinster Hurling Championship action when they take on recent Wexford Intermediate Champions Cloughbawn.

Cloughbawn only won the Wexford crown on Sunday last when they defeated Bunclody on a 3-14 to 0-17 scoreline in Innovate Wexford Park.

Three first half goals set up the Castleboro Clonroche based outfit for the win and they were deserving six point victors in the end.

Tommy Roche is the manager of Cloughbawn and in Tomas Furlong, MJ Furlong and Barry Carton they have a number of players that Naas will have to keep an eye out on.

Cloughbawn have only had six days to get over their celebrations before having to face up to a last eight tie with Naas while the Kildare kingpins have sat in wait on their opponents for the last month.

The four week break has given Naas the chance to get over the excursions of winning a first Championship since 2002 and going on a Provincial run is something they are aiming to chase.

The 0-15 to 0-12 win over Coill Dubh in the Kildare Hurling Final at the start of October was a long time coming for Naas so there is a fair chance when released from the pressure of County boundaries that they may kick on.

The three point County Final win is not a fair reflection of how they performed on the day as they were much the better side with Brian Byrne, Cathal Dowling and Shane Ryan standing out.

It’s a very youthful forward line that also includes the likes of Jack Sheridan and while he was off his game in the Final he is a very talented player that can just turn it on if given the chance.

Like against Coill Dubh, Naas will likely have to depend on their defence being solid but in Rian Boran, Captain Paul Sullivan and Simon Leacy they have a half back line as good as any.

No doubting it’s a tough start playing a team from a County of the stature of Wexford and despite being away from home if Naas can get their fluid game going there is every chance they can do enough to make a Semi-Final.

Kildare Now will have full coverage of the game.