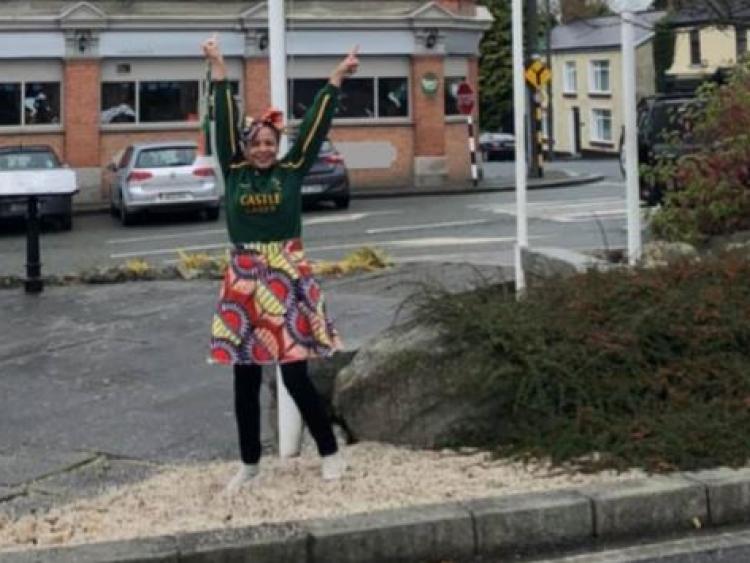 Melissa Fisher, a native of Johannesburg, South Africa, certainly celebrated today – and the village of Ballymore Eustace with her – when South Africa defeated England in the World Cup Rugby Championship Final. 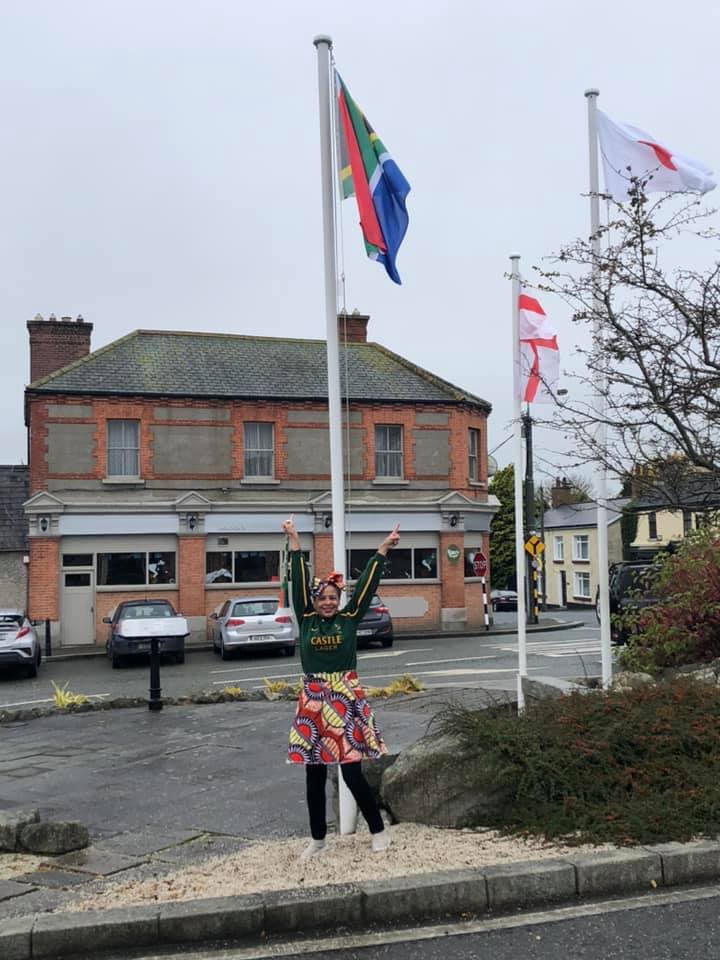 Melissa who lives with her husband Kevin and family at Bishophill, Ballymore Eustace did a victory dance at the Square (above) underneath the South African flag (flags courtesy of Christy Dennison).

Melissa giving it holly at the Square, Ballymore Eustace after her native side, the Springboks defeated England 32 12 in the Rugby World Cup Final

“I am on such a high” she said “And I'm going to mass dolled up in my costume too!” (A non conventional look for Melisaa, who is a member of the church choir).

“The neighbors and everyone in the village had such a laugh today – they made me feel like I’m surrounded by family!” 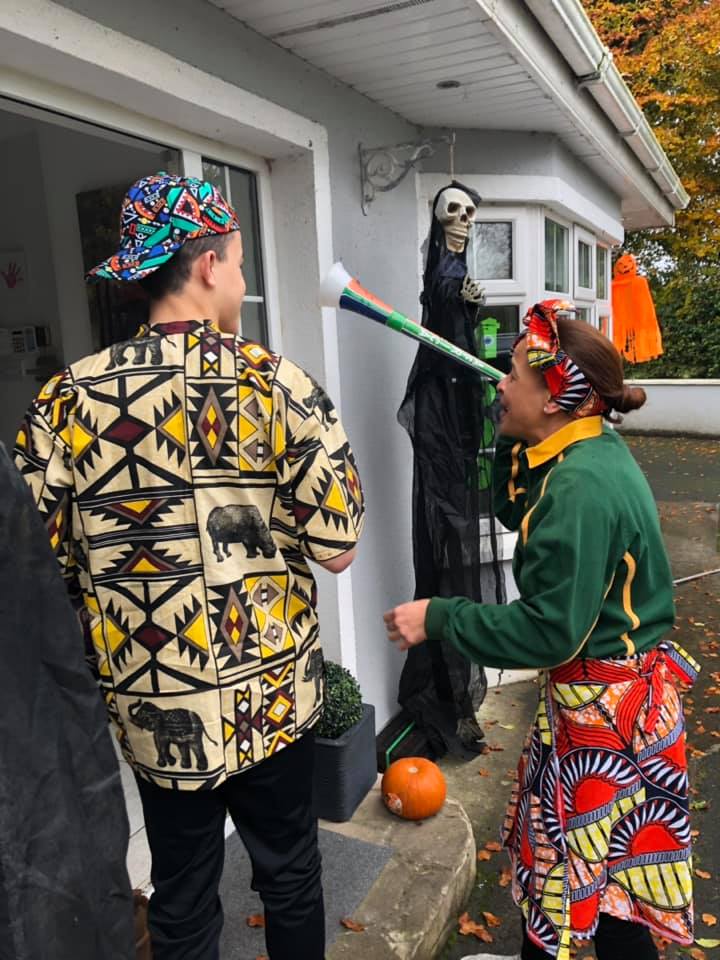 Melissa, above right, with family in celebratory mode.

We expect the celebrations will continue......