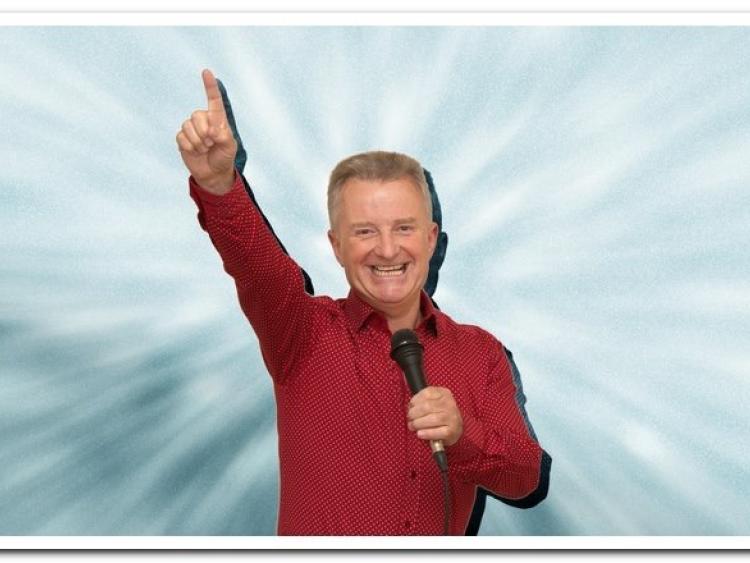 'You're my World', Johnny's new 22 track CD launching on Wednesday next

Newbridge singer Johnny Peters - family man, former footballer with both Sarsfield and Moorefield, and Jimmy Magee's All-Star panelist, plus successful business man - will launch his long awaited fourth album 'You're My World' in McDonnell's of Newbridge next Wedensday, November 6.

With 22 tracks, the CD is equivalent to a double album, with the lead track a cover of Cilla Black's classic pop hit in 1964. Despite being over forty years in the music industry, Johnny still draws huge attendances with a dedicated following of fans from Ballyfermot, Ballymun and Tallaght still willing to make the trip east to see him perform. These are fans from the 70's  when Johnny was one of the most sought after male vocalists on the Dublin cabaret scene.  He recalls fondly playing to packed audiences in Bridget Burke's, The Embankment and Molloy's of Tallaght.

Voted 'Vocalist of the Year' six times in Ireland, he now tours with his own two piece band, spearheaded by Derek McNamara (below), the highly acclaimed trumpet and keyboard player. They also tour with a 6 piece band, performing 'The Joe Dolan Classic Hits Show', with the music of the Mullingar maestro still a huge favourite with Irish audiences. 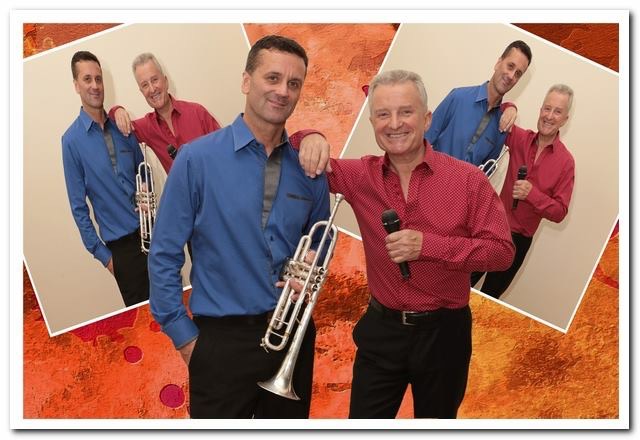 Born and reared in Piercetown, Newbridge, the eldest of seven siblings, Johnny is 100% a Kildare man with his dad Bill from Suncroft, and his mam Andie, from Roseberry, Newbridge.

“We were all reared as Sarsfields supporters but three of us defected to the Moores” he laughed before he took off to support Moorefield last Sunday in the senior football championship replay.

No doubt disappointed with the final result, he can at least share in the celebrations for the Sash, whilst empathising with Moorefield.

“I am so proud of the Moore's achievements but I would never deny my Sarsfield's blood either! I played minor under 21 and senior for Moorefield in the 1970s when the club literally struggled to survive. I marvel today at how the great men and women of the club have managed to elevate Moorefield to being one of the most powerful and respected clubs in Ireland (albeit second fiddle to Sarsfields this year). But never fear, Moorefield will be back!”

Married to Mary Stynes from Nurney in 1977, the couple set up home in Lucan, when Johnny worked as a surveyor in the building industry. Blessed with four children, two girls and two boys, Johnny's interest in music continued and it supplemented the family income.

“As a teenager in Newbridge in late 1971, my friend Paddy Jones and I formed a rock band called Pharaoh. We were very successful locally and had four great years together. In '76, I started entering talent competitions in Kildare and Dublin, and in the space of four month, I won the three most valuable competitions at the time in Ireland!

“I secured a recording and management deal on the back of these victories with Release Records. My then manager Joe McCadden secured bookings in all of the big cabaret venues in Dublin but I had to deliver. The Dublin audience was critical but very fair; after one year. they warmed to me, “the little culchie” as they called me then! Release Records then insisted on me going on the road nationwide with a band. It didn’t work out as it coincided with the dawning of the disco era - and alas, hundreds of bands went off the road in 1980, including mine”.

'Jumping Johnny' as he became affectionately known within the business was devastated but, as it turned out, it was a blessing in disguise.

“The late and great Jimmy Magee was a director of Release Records and we became very close friends early on. He invited me to join his Jimmy Magee 'All-Stars', a group of former inter-county footballers and entertainers who met every Monday night during the summer months.

“We would play a game of Gaelic football, followed by a concert/cabaret show, all in aid of local charities throughout Ireland. I clicked immediately with the lads and the whole concept. Within two years, I was elected to the committee and had a big say on where and when we performed, and later became secretary. I was involved with the All-Stars for 37 wonderful years, during which we raised over €1,000,00 for various charities, and travelled to every county in Ireland, as well as to the UK, Switzerland and the USA. The unique bond cemented by Jimmy will always be there and we miss him so much still”.

It was after a Jimmy Magee All Stars game in Kells, Co Meath that Johnny had a chance meeting with an old acquaintance from the construction industry, who was setting up in the scaffolding business. “He invited me on board and we launched 'Scafhire' in 1980 and slowly but surely, we grew and developed our business, and thus secured financial stability for me and my family. I had 35 great years at the helm until I retired in 2016”.

(During this period, Johnny's singing career played second fiddle as he channeled his energy into the business. Today, Scafhire is the leading scaffolding contract company in Dublin and employs approximately 50 people).

Nowadays, he tours with his own two-piece band, spearheaded by Derek MacNamara, the highly acclaimed trumpet and keyboard player.

What wash his biggest and most memorable gig?

“I honestly enjoy every gig, big and small, whether it be a private party for 50 or a thousand seater concert. My all time music hero has always been Brendan Boyer. In 1992, I was a guest on the Rose of Tralee final in Las Vegas. The venue was the Gold Coast Hotel and the backing band was Brendan Bowyer and the Big 8. I thought I was in heaven”

“Brendan played trombone and DJ Curtin played saxophone behind me on stage. It was so special and nerve wrecking. Another great memory was in 1998. Our beloved Kildare got to the All Ireland final and nearly won. Four months later, the team went on a well deserved holiday to South Africa and they invited my wife and I to travel with them. It was 14 days and nights of magical wine and song”.

Another time, Johnny was playing at City West, when he was invited to play at Tamworth, Australia for one of the biggest festivals 'down under'.

He is clearly enjoying his retirement from the building trade, but loving the re-ignition of his musical career and looking forward to the launch in McDonnell's on November 6. 'Your My World' has diverse range of songs as well a bio booklet, containing an insight into Johnny's music, life and the rational behind all the material he has chosen for this new collection.

Life, he claims, has been good to him, and he is deeply religious. “I'm a serious Jesus fan and truly believe he walked this earth. I love going to mass on Sundays but I have little love for the establishment of the Catholic Church. Jesus has always been very kind to me, all my life”. 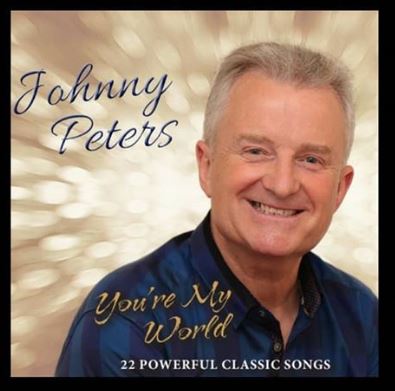 'You're my World' will be available for sale on the night but it will also be on sale at Supervalu in Newbridge and Centra, Naas, as well as PayPal online. Join Johnny and Derek and all their friends of showbiz and sport in McDonnell's on Wednesday next, November 6 for the album.