Griesemount House contents in Kildare up for auction

Following on from recent sale 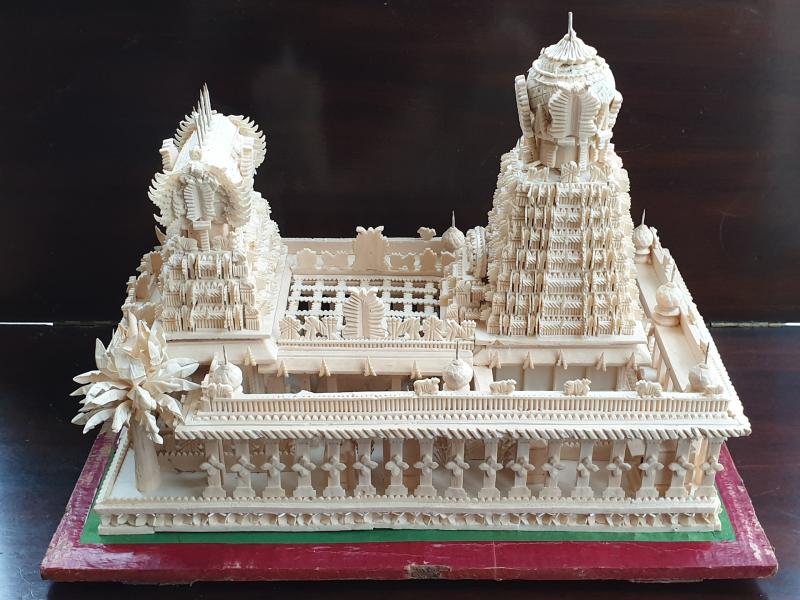 The entire contents of Griesemount House in Kildare are up for action on November 19 next.

Lying among the rich contents of Greisemount House in County Kildare, are more than a few hair raising tales of the Indian Raj, the British Royals and Chinese antiquities.

Carolyn and Robert Ashe, having sold the house a few weeks ago for €900,000 are now putting the entire contents up for auction.

Among the lots are Chinese carvings, rugs, opium pipes and a remarkable one off metre square pith carving of an Indian palace of the Raj, thought to be of palm wood.

Her father and grandmother lived in Shanghai from 1923 until 1927 when they moved to Hong Kong. With echoes of ‘Tenko’, they survived internment by the Japanese during the second world war before moving to Exeter in the UK in 1953. Along with them came the many objects which were inherited by Carolyn Ashe.

There are a few tales of British royalty here. One is a very special carved Chinese wooden box which came from Hong Kong in the early 50s. Legend has it that the box is the replica of the present from the colony of Hong Kong to the Queen (then Princess Elizabeth) on the occasion of her wedding to Prince Philip of Greece.  In case of an accident in delivery of the item a second exact replica was made, inherited eventually by Carolyn Ashe and brought to Griesemount House.

Four Edwardian chairs are also on offer, featuring tapestry seats, embroidered by Gwynneth Lloyd, Lady in waiting from 1924 to 1940 to the then British Princess Royal .

As an indicator of the value of the collection, Carolyn’s son recently brought a Chinese metal dragon for value to a leading auctioneer in London out of curiosity and was offered a five figure sterling sum on the spot.

Now for the Indian link

Robert Ashe’s Dublin grandfather and father went to work as middle ranking civil servants in India or as they were known then; ‘to the heaven borne’.

His grandfather unfortunately met an eventual untimely end, as he travelled by train in the southern tip of India, at the time of the Coronation of George V in 1911. A local lone wolf freedom fighter decided to mark the occasion, he boarded the train and shot Robert Ashe’s grandfather dead, before turning the gun on himself and taking his own life. Undeterred by the macabre story, Robert’s father returned to India with the British army shortly after the first World War, where he remained until Indian independence in 1948. He then settled in Dublin and married bringing with an array of Indian ‘stuff’.

This collection is now still in Griesemount, including furniture, artefacts and an amazing collection of Victorian costumes and British army Indian uniforms.

Also of interest; of Irish provenance in the auction are two John Skelton watercolours and an oil by Ben Marshall, 1767 – 1835. Viewing at Griesemount House Fullers Ct Rd, Ballitore, will be available this weekend 10 till 6pm and from 9am morning of sale.  The auction which is run by Sean Eacrett auctioneers will take place at Kilkee Castle Golf Club, from 12pm on November 19.

Live bidding will be on www.seaneacrettauctions.ie