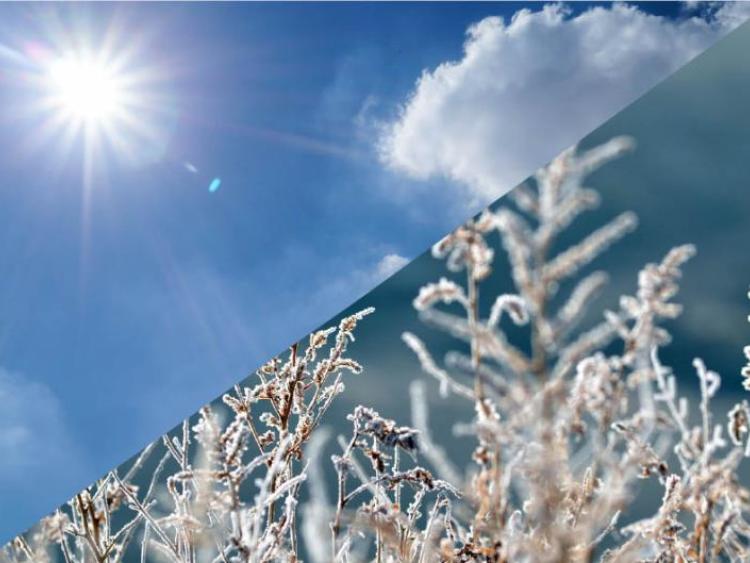 It will be a chilly start to the day for Co Kildare with sunny spells and just light breezes. Quite a cold day throughout with highest temperatures of 6 to 9 degrees.

Tonight will start dry with temperatures falling close to or a little below freezing. Later in the night, rain will spread from the west and temperatures will rise again. Lowest temperatures between -1 and +3 degrees in moderate southeast winds.

However temperatures are set to drop as low as -1C this weekend according to forecasters from Met Eireann.

Rain will gradually clear on Saturday morning but it may linger on east coasts. In the west of the province there will be showers and sunny spells for much of the day. Highest temperatures of 7 to 10 degrees in moderate to fresh northeast winds.

Showers dying out on Saturday night, becoming mostly dry under clearing skies. Minimum temperatures of -1 to +3°C as winds ease. Some frost will form where skies clear.

"Mostly if not completely dry for most of Sunday with sunny spells. The best of the sunshine will be through the morning and early afternoon. Max temperatures 7 to 10°C.

"It will cloud over from the west in the afternoon with rain arriving in the west just after dark and moving across the country during Sunday evening and early Sunday night. Winds increasing fresh southerly, strong around coasts, and veering northwesterly as the rain clears overnight. Min temps of 3 or 4°C,"said forecasters for Met Eireann.

According to forecasters it will be remaining cool and changeable into next week with rain or showers on most days.