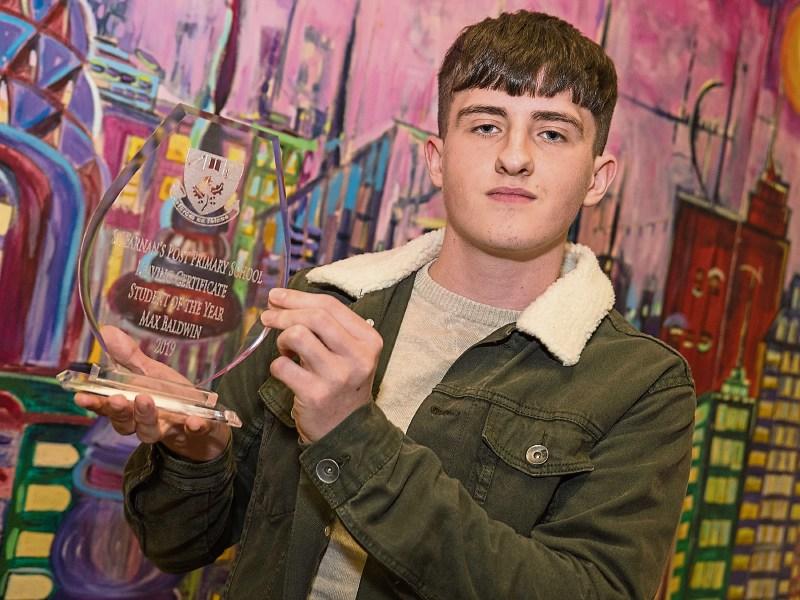 Principal, Mr. Eddie Collins, extended a warm welcome to all to the event at which over 200 students received awards for their excellence in academic subjects, extracurricular activities and attendance, as well as a number of special categories.

St. Farnan’s involvement in the Skills@Work programme was also celebrated.

Two students from this year’s group were selected for their outstanding contribution to the programme, Laura Kelly and Maciej Berg, and they received special awards from Victoria on behalf of the company.

Mr Collins commended the school’s recently appointed Senior Prefects who assisted the school staff in all aspects of the evening’s organisation. He also paid special tribute to his staff, teachers, secretarial and ancillary.