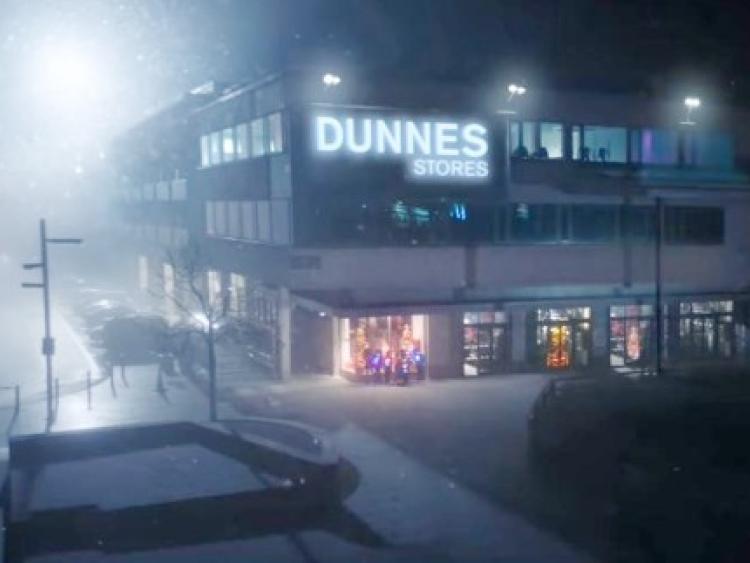 Familiar scenes around Kildare feature in the Christmas TV ad for Dunnes Stores currently showing on our screens.

The supermarket giant drew inspiration from classic children’s blockbusters, like ET, Home Alone and The Goonies.

The ad depicts a group of children lighting up their town so Santa Claus will be able to find them in bad weather.

First shown for last Christmas, the footage was filmed over four days on location in three towns: Kildare town, Blessington in Co Wicklow and Inistioge in Co Kilkenny.

The 33-metre Round Tower in Kildare Town is lit up in the footage while viewers can also see the Dunnes Stores branch in Blessington and an aerial shot of the bridge over Blessington Lakes.

The central theme of the ad is ‘Make Christmas For Everyone’ and shows how the bunch of children go on an adventure to achieve that.

The children in the ad were cast from over 450 who auditioned for the roles.

The snow effects were man-made and involved days of planning, preparations, set-up and a major clean-up operation.

A large local crew of 70 were involved in the production.

The music in the ad was specially composed by Stephen McKeon and recorded at Windmill Lane’s famous Studio One with a 62-piece orchestra.

The Dunnes Christmas campaign will feature on TV, billboards, digital and social media.