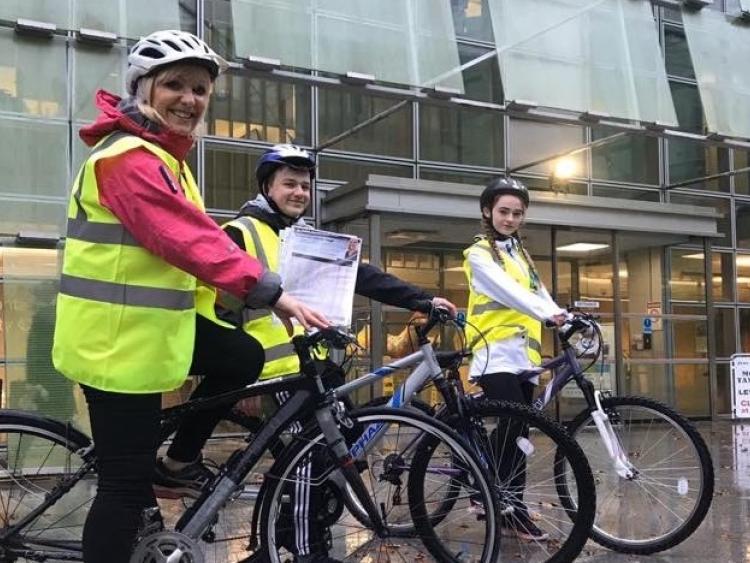 Kildare County Council last week received a petition for the creation of cycle lanes and bus transport between Caragh and Naas and Naas/Sallins rail station.

Cllr Fiona McLoughlin Healy submitted the petition on behalf, she said, “of almost 400 residents of Caragh”.

When canvassing Caragh prior to the local elections in May, the absence of a safe transport alternative to travel by car was an issue that came up on almost every door, she explained. “Rarely is there so much agreement on one clear issue for an area, and I promised I would follow up.”

“I received a very welcome report from the Director of Transport that he was giving the cycle lane project serious consideration.

“Subsequent engagement with Kildare South Dublin Local Link has also been positive and the Manager there has indicated that he too is looking favourably at the delivery of the much needed bus service for Caragh.

“A bus service link to Naas/Sallins and a cycle lane to Naas would help reduce the number of car journeys and alleviate some of the parking issues at Naas/Sallins rail station. This petition demonstrates the depth and breath of the desire and the urgent need to deliver safe transport alternatives for Caragh.

“If we are serious as a council about our declaration of a climate cisis, this is the type of sustainable development we need to champion and promote,” she said.