Naas ease into Under 21 Football Final 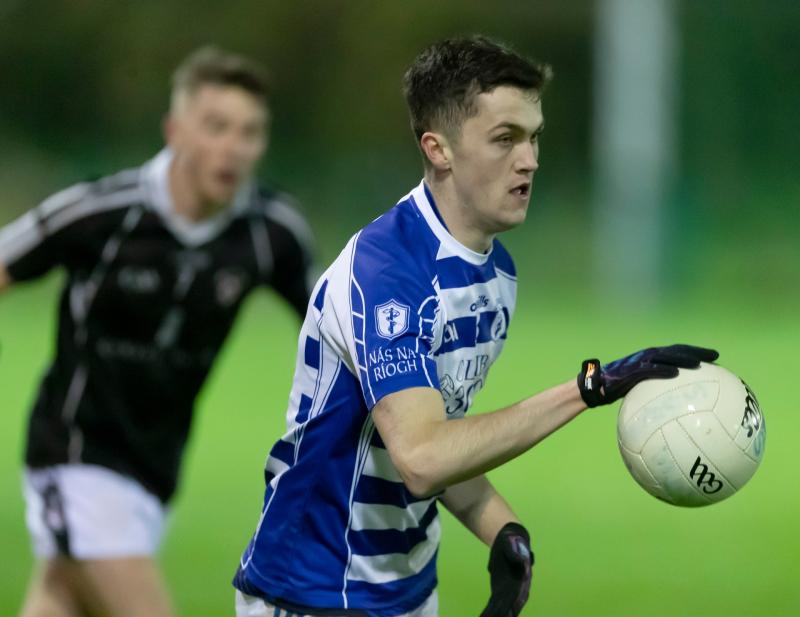 Naas are into another underage final after they accounted for Maynooth in the Under 21 Football Championship Semi-Final against Maynooth on Friday Night.

It was a victory that was very much expected and while Maynooth challenged the victors for periods of the first half Naas's strength in depth eventually told.

The 2016 Minor winning captain Ciaran Doyle finished with seven points while the likes of Dallan Gallagher and Luke Griffin also stood out.

Gallagher netted a crucial opening half goal and in the end it was a score that Maynooth were always trying to recover from.

Only two points separated the sides at the break but Naas were in dominant form in the second period and a late Maynooth goal from David Bonass only succeeded in putting a gloss on the scoreboard.

After Ciaran Doyle and Danny O’Sullivan exchanged early frees Naas took command during the opening quarter with further points from Doyle and Adam Cronin giving the County Town a 0-4 to 0-1 lead.

O’Sullivan narrowed the gap to two minutes later but it was only brief respite as points from Darragh Kirwan and Luke Griffin pushed the lead out to four before a poorly directed Odhran Cussen kickout resulted in Dallan Gallagher kicking in a goal in the 20th minute.

Naas were dominating all over the pitch at this stage but they fell asleep for the closing minutes of the half as five points in a row from Maynooth left just two between the sides.

O’Sullivan found the target with a brace of frees during that period with David Bonass, Ruadhan O’Giollain and Cathal McCabe scoring from play.

Naas led 1-6 to 0-7 at the break as a result but when Maynooth’s Kevin Dunne scored he narrowed that advantage to just the minimum at the beginning of the second half.

Naas all but put the game to bed over the following fifteen minutes however as they scored six points on the bounce with Doyle x3, Gallagher and Brian Stynes getting on the board.

Maynooth responded with a score from Ronan Dunne but Naas’s attacks were relentless and further points from Doyle, Griffin and Alex Beirne left them leading on a 1-15 to 0-9 scoreline.

Maynooth got something of a consolation in stoppage time when Bonass palmed a shot to the net after he latched onto a Niall O’Sullivan ball into the square.

Naas still had the final say though with Sean Cullen and Paddy McDermott rounding off on the eight point victory and whether its Celbridge or Moorefield as their opponents in the final they will go into it as hot favourites.