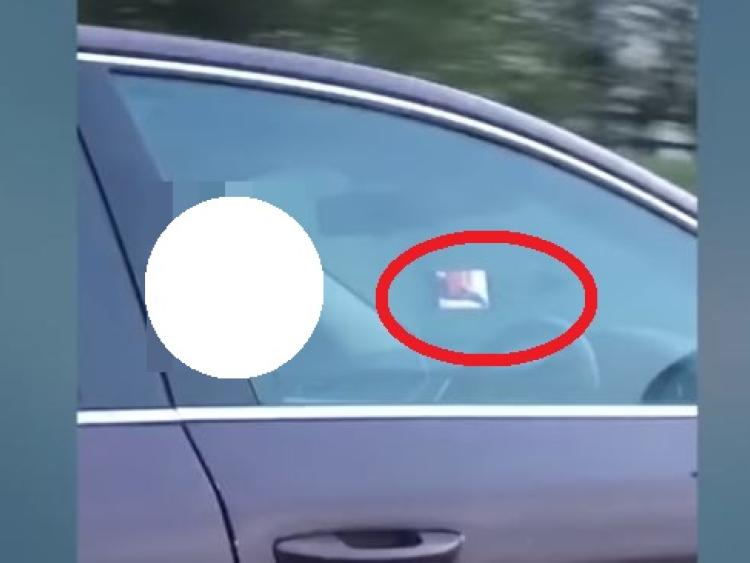 File Photo of a motorist watching TV on his smartphone

A motorist has contacted KildareNow to claim that he sees other drivers watching TV while driving.

Many people don't think this is illegal if the device - such as a smartphone or a tablet - is in a cradle.

According to the reader, he said he sees drivers watching TV usually early in the morning, and sometimes on the M50 motorway.

There is regular anecdotal evidence of drivers watching videos such as sports matches on smartphones clamped to the dashboard.

Some cars have TV screens built into their dashboards but they are not allowed to operate while the vehicle is moving.

The reader, who contacted KildareNow said: "I'm watching a lot of people watching TV while driving on the M50 everyday at 6 or 7 in the morning."

Every year, thousands of fines and penalty points are issued to motorists detected driving while holding a mobile phone.

Each offence attracts three penalty points, and five on conviction in court.

But a law introduced by then Transport Minister Leo Varadkar in 2014 states anyone caught texting or “accessing information” such as browsing on their phones faces a mandatory court appearance and a fine of up to €1,000 for a first offence.

Under this Restriction on Use of Mobile Phones Regulations 2014, the fine rises to a maximum of €2,000 for a second offence.

A three-month jail sentence and a €2,000 fine is possible for three offences or more within a 12-month period.