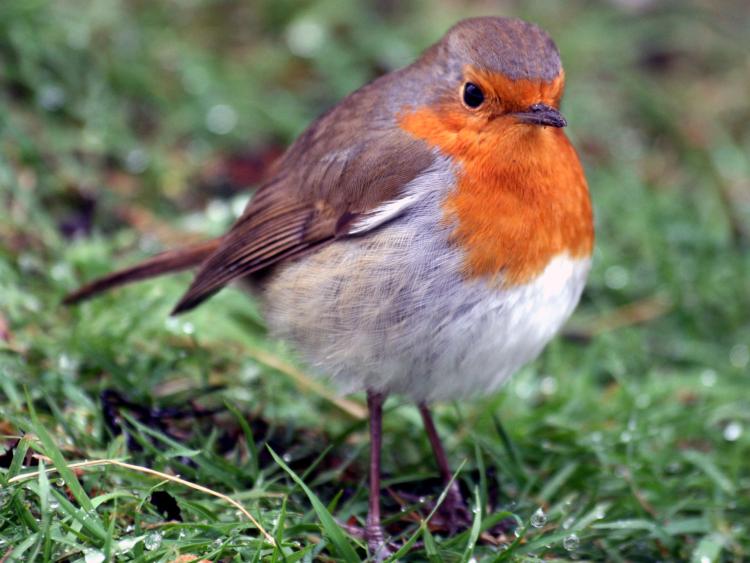 Brr, there's a nip in the air but Met Eireann predict frost will clear this morning and it will be sunny for a time. Please remember to feed our wild birds!

Alas, the sunshine will turn more hazy, with rather cloudy conditions in all areas by early afternoon. Top temperatures 5 to 8 C, generally, but a little lower if fog is slow to lift. Winds light variable.

Cold tonight, with some grass frost in places, especially eastern counties, with cloud, mist and rain elsewhere. Cloudy and misty in all areas later, but with scattered patches of rain. Lowest temperatures 1 to 3 C., but temperatures should rise a little later in the night. Light variable breezes.

Tomorrow, Sunday will start fairly cloudy, with just a few bright spells and with some showers in places. But the afternoon is expected to be drier and brighter, with a few sunny spells and just the odd shower in eastern coastal areas. Highs of 7 to 9 C., in light to moderate northerly breezes.

Monday: Frost and fog clearing slowly with some sunny spells developing. Cloud increasing in western areas later in the afternoon. Top temperatures 4 to 8 C. Cold after dark, with a patchy frost. But a spell of rain will develop over the western half of the country overnight, in freshening southeast breezes. Lowest temperatures plus 2 to -2 C.

Tuesday: Rain returns to all areas for a time, heavy in places. But brighter weather, with sunny spells and just a few showers is set to follow into the western half of the country from the Atlantic in the afternoon.

Highs of 7 to 10 C., in moderate to fresh south to southeast breezes. Drying out in all areas overnight. Cold with lows of zero to plus 3 C., with some patches of mist and frost in places.

Midweek period Wednesday/Thursday: Mild and breezy, with showers or longer spells of rain at times, much of it heavy, with southern and eastern areas likely to see most of the heavy rain. Mild at night also, so no frosts.