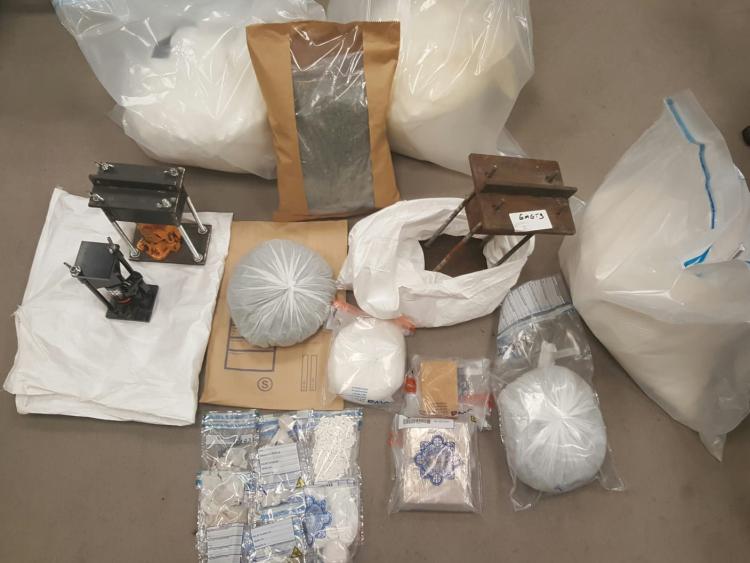 Gardaí in Ballymun seized cannabis herb, cocaine and diamorphine (subject to analysis) with an estimated street value of €400,000.

As part of an intelligence led operation carried out by Gardaí from Ballymun and Santry, a car was stopped on Balbutcher Lane yesterday afternoon, Saturday 16 November, 2019 at around 4pm.

Two men (55 years and 22 years) were arrested at the scene and a quantity of cannabis herb was found in the vehicle after a search.

In a follow up search of a house in Santry, Dublin 9, cannabis herb, cocaine and diamorphine was seized. Three persons (2 men, 35 years and 21 years and 1 woman, 27 years) were in the house at the time of the search and were arrested and taken to Ballymun and Clontarf Garda Stations.

All five prisoners are currently detained under Section 2 of The Criminal Justice (Drugs Trafficking) Act, 1996 and investigations are ongoing.