McLoughlin display returns U21 B Title to Clane 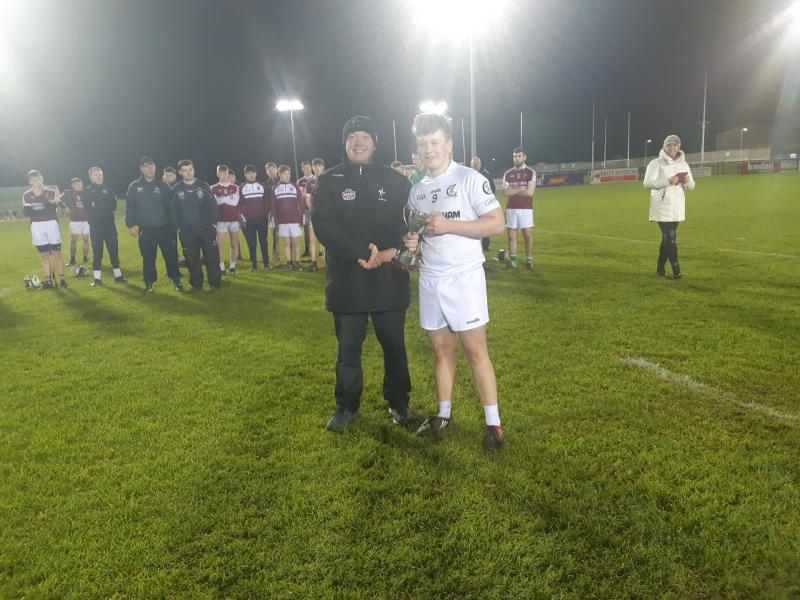 Haven Hire Under 21 B Hurling Final

Winning the Championships last year, Clane needed a Brian McLoughlin’s crucial second-half broke to break the deadlock in the U21 B Hurling Championship Final in Hawkfield on Sunday evening.

Despite registering fourteen wides over the course of the game, Clane still managed to dispatch Leixlip with relative ease.

Holding a one-point lead at half-time through Aidan Mooney’s goal, when Daragh Melville levelled the game in the second-half, Brian McLoughlin showed his true class.

Already scoring three points, his 45th minute goal broke the deadlock, which Leixlip had no answer to in the closing fifteen minutes.

Both teams started slowly in this game, at least on the scoreboard. While Neil Ryan opened the scoring after the third minute, Leixlip supporters had to wait a further nine minutes for Conor Burke to add a second point.

Clane on the other hand hit everything except points, registering eleven wides in the first-half and taking seventeen minutes before Caolan Smith opened their account.

Fourteen minutes between scores Leixlip responded through Daragh Melville and Cian Bracken points by the 27th minute to level the game.

But with Smith registering his second free, despite tally eleven wides, Clane took a 1-2 – 0-4 lead into half-time.

Using the momentum that Mooney’s goal advanced them, Clane dominated the second-half, despite Cian Bracken levelling the game at the beginning of the second-half.

McLoughlin responded with two quick points, the first of which he kicked over, before Sam Hyllier re-established Clane’s three-point lead.

But with that, Daragh Melville once again levelled the game, this time finding the net in the 44th minute from a Burke pass.

Clane stepped into another gear, responding through McLoughlin’s 45th minute goal. Scoring 1-3 in four minutes, Cormac Vizzard, Smith and then McLoughlin pointed to give Clane a 2-8 – 1-5 lead by the 49th minute.

When Mark Doyle denied a Karl Burke goal-chance and Melville blazed over minutes later, the likelihood of Leixlip winning without a goal became unlikely.

Rounding off fine performances, Smith registered two further frees for a five-point tally, while Melville could only move the needle on his personal tally of 1-3 with a concluding point.