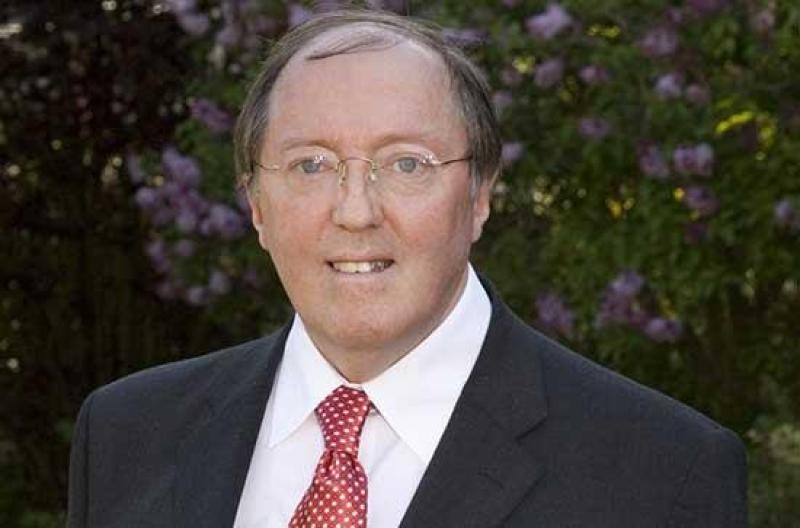 A Maynooth University academic who has won the Nobel prize for his work on climate change has predicted that Ireland is “overdue a three metre storm surge” that could cause great damage to houses which are only a few metres above sea level.

However a topographical map of Kildare has found that most of the county is more than three metres or nine feet above sea level.

Professor John Sweeney was speaking at a conference on sustainable business in Dublin yesterday and  said that Ireland has been lucky to avoid a surge.

He said that for a surge to take place, three events must happen all at once, high spring tides, a high tide and a storm surge.

All three of these events occur reasonably regularly, and it’s only a matter of time before all three occur at once he says.

“We’ve been lucky so far in that we’ve had storm surges when the tide has been out or we haven’t had a depression arriving at the same time as the storm surge,” he told the conference

““But there will come a time when the dice will fall badly.”

His research has lead him to conclude that numerous buildings, including many iconic Dublin ones like the Custom House, could be flooded, in an event that could cost the insurance industry a billion euro.

“We mapped every residence in the country, looking at their height above sea level and then we mapped the number of residences that would be affected by a one-metre, two-metre, three-metre inundation,” he said.

However a topographical map (see below) shows that Kildare is not in huge danger of a three metre surge. Kildare is the high point, for instance, of the grand canal, which climbs via a series of locks as far as the Robertstown area.

It was said historically that the top step of the Grand Canal Hotel in Robertstown was the same height above sea level as the top of Nelson’s pillar in O’Connell street, which has now obviously been replaced by the Spire.

Professor John Sweeney has been a lecturer at Maynooth University Geography Department since 1978.

He taught courses primarily related to climatology, but he has also taught biogeography, geomorphology and environmental resource management and has taught and researched at a number of universities in North America and Africa. Over the past 30 years he has published approximately 60 scientific papers and edited or co-authored four  texts on various aspects of climatology and climate change in Ireland. 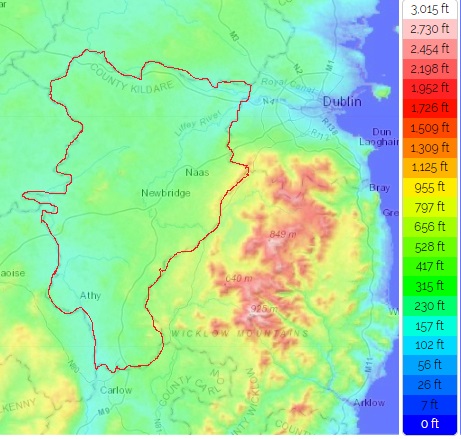 A topographical map of Kildare

Professor Sweeney contributed to the reports of the Intergovernmental Panel on Climate Change, which was awarded the Nobel Peace Prize in 2007. He is currently President of An Taisce, the National Trust of Ireland.