Beirne on the spot as Naas knock Patricians out of the Br.Bosco Cup 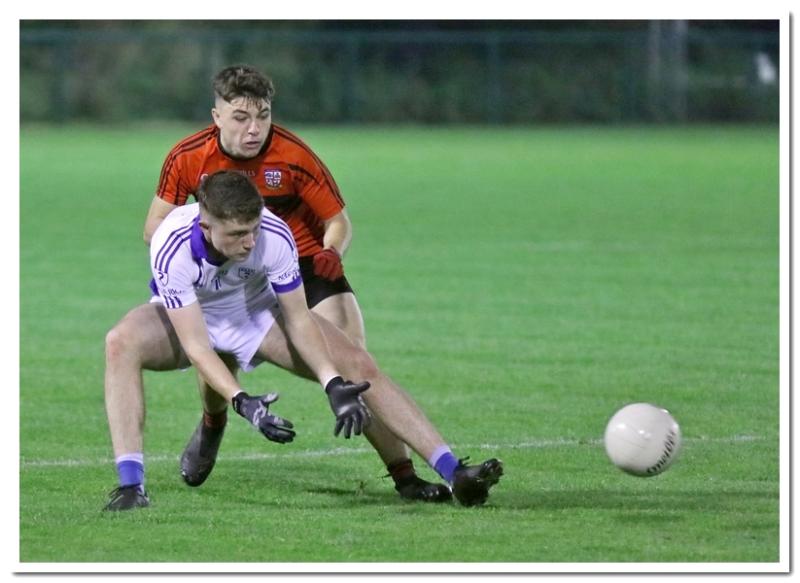 Naas CBS began the defence of the Br.Bosco in perfect style with a three point local derby victory over Patricians of Newbridge.

Alex Beirne finished with 1-6 for the defending Champions and his opening half goal separated the sides come the end.

Naas held a seven point lead at half-time with Beirne playing a starring role but with an early exit staring them in the face Patricians battled back to within three points .

No matter how hard they tried though they couldn’t force a goal as Naas took the deserved victory.

Patricians started brightly with Jimmy O’Neill kicking an opening minute point but over the following ten minutes they conceded 1-3 as Naas showed their superiority.

The first score was a goal when Alex Beirne was adjudged to have been fouled in the square and he stuck away the spot kick with confidence.

Beirne followed up with two points while James Dalton was also on target as Naas opened up a 1-3 to 0-1 lead.

The Patricians response was good though as efforts from the Sarsfields trio of Tadhg Hoey, Cian McHugh and Ben Scanlon left just two points between the sides.

Naas dominated the rest of the half however as the Leinster three in a row chasing side added on points from Dalton, Beirne, Sean McLoughlin and Drew Costello.

McHugh kicked his second free of the half in response but Patricians had a bit of a mountain to climb at the break as they trailed on a 1-9 to 0-5 scoreline.

Naas weren’t as dominant in the second half and within three minutes of the restart Patricians had the deficit down to four points with frees from Scanlon and McHugh.

Naas then steadied the ship through efforts from Beirne and Dalton before McHugh and Sam Morrissey shared points that left Naas with a 1-12 to 0-9 lead at the halfway mark of the half.

Patricians were certainly growing in belief the longer the half went on though and when McHugh x2, O’Neill and sub David Butler all scored they were within touching distance in a game they had to win.

Naas have loads of talent at their disposal though and they stayed calm and composed with Beirne, McLoughlin and Nick Sweeney scoring to push the gap back out to five points.

Beirne was brilliant all day and he had a chance to put the game beyond any doubt three minutes from time but he drilled his goalbound effort wide.

McHugh and Scanlon then kicked frees to leave the score at 1-15 to 0-15 entering stoppage time and while Patricians threw everything at Naas in the final few minutes they couldn’t force a goal as Naas hung on.