Naas CBS in dominant form as they overcome St.Benildus in Br.Bosco Cup 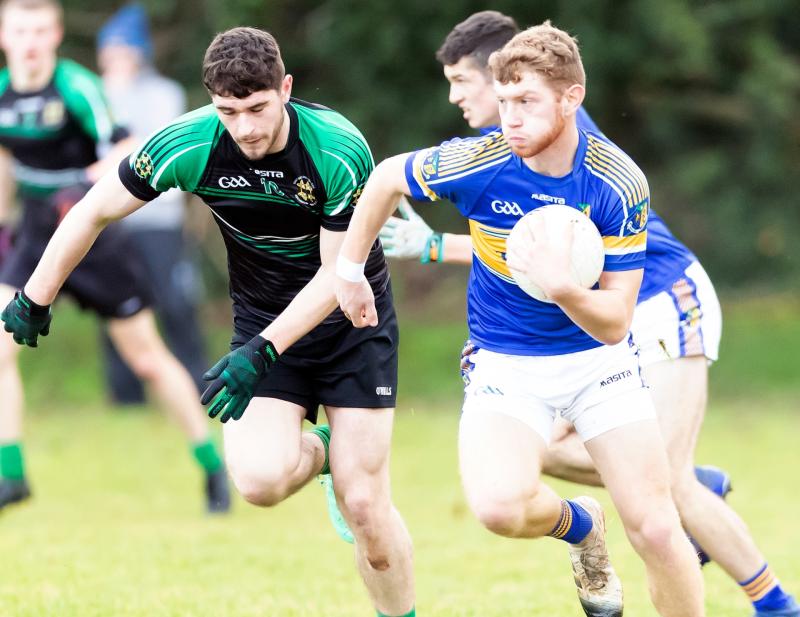 Naas CBS showed all their class as they emphatically got the better of St.Benildus in the second round of the Leinster Championship.

The defending champions were never threatened from start to finish and in this type of form they will take some beating.

Naas have plenty of star power in their ranks with the goals coming from James Dalton, Alex Beirne, Simon Murphy and Neil Aherne which guaranteed a home draw in the knockout stages after Christmas.

The teams were level early on when Alex Beirne and Ronan Cullen exchanged efforts but Naas soon took command as they kicked four in row to go 0-5 to 0-1 ahead after Beirne, Simon Murphy, Sean McLoughlin and Sam Morrissey all found the target.

During that period Benildus should have goaled when Luke Cullen squared to Bryan Keogh Smith but with David Morrissey beaten the full forward’s palmed effort ricochet off the crossbar.

The Dublin side then followed up with a pair of points from Ciaran Foley but all that seemed to do was burst Naas into life and after Simon Murphy had goaled in the 20th minute the game was effectively over with Beirne and Kevin Quinn pointing beforehand.

Naas then had a real swagger about themselves with James Dalton getting a second goal just four minutes after the first and with Murphy, Quinn and Eoin Archbold increasing the Naas tally the hosts went into the break ahead on a 2-16 to 0-3 scoreline.

Naas continued where they left off at the interval with an Adam Malone point putting a huge twenty point deficit between the sides before Benildus responded in the shape of Cullen and Luke Murphy Guinane.

Naas hit back with points from Quinn and Dalton but if there was one negative it arrived in the 38th minute when Eoin Archbold was given a straight red card for a striking offence.

Naas were never down numerically in comparison with their opponents though as a separate altercation at the same time resulted in Connor Mooney also seeing red on a second bookable offence for the visitors.

Benildus did get a goal a couple of minutes later when their best player Ronan Cullen rounded David Morrissey before kicking to the net.

Benildus added on further points from Guinane and Luke Cullen but Naas were outclassing them all over the field and the Kildare school finished in style with an Alex Beirne penalty and fourth goal from Neil Aherne putting the seal on the easiest of victories for Naas CBS.