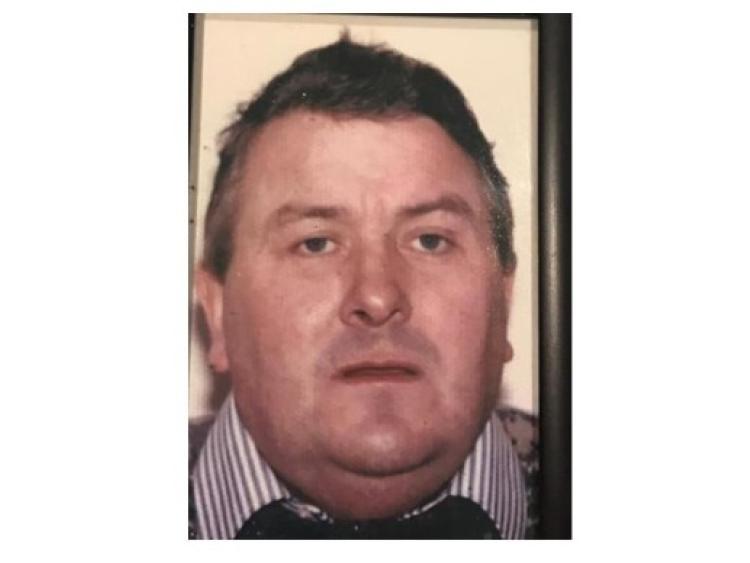 The late Michael Shore, may he Rest in Peace, Amen.

Retired Dublin Fire Brigade. Suddenly at his home in Kilkenny. Predeceased by his parents, John and Mary, his brothers, Robert and Christopher, his sisters, Elizabeth (Browne) and Mary (Doherty). Always loved and will be sadly missed by his sisters, Lena (Brophy) and Katie (Brennan), his brother-in-law, Robbie Doherty, his nieces and nephews, relatives, extended family, wonderful neighbours and many friends.

Reposing in Coady's Funeral Home, Castlecomer, from 6 p.m. on Saturday evening with rosary at 9 p.m. Saturday night. Funeral prayers on Sunday morning at 9:45 a.m. followed by removal to St. Brigid's Church, Coon, to arrive for 11 a.m. Requiem Mass, followed by burial in the adjoining cemetery.

The death has occurred of Kenneth Dunne
Kildare

29th November in the wonderful care of St. Brigid's Hospice.

No flowers at Kenneth's request, donations in lieu to The friends of St. Brigids Hospice, The Curragh, Co. Kildare.

Reposing at his residence on Monday, December 2nd from 4 o'clock until 8 o'clock with prayers at 7 o'clock. Removal on Tuesday morning at 11.30 o'clock to arrive at St. Brigid's Cathedral, Kildare Town for 12 o'clock Service. Funeral afterwards to St. Conleth's Cemetery, Newbridge.

Family flowers only please. Donations, if desired, to the Parkinson's Association of Ireland - East Midlands Branch. (https://www.parkinsons.ie/donate) Donations box in the Cathedral.

Reposing in Doyle's Funeral Home Ballymount (Eircode W91 RX37) from 2pm on Sunday (1st December) until the conclusion of prayers which begin at 7pm. Removal by Doyle's Funeral Directors on Monday morning at 10am to St. Peter's Church, Two Mile House, arriving for 11am Requiem Mass, followed by funeral to Newlands Cross Crematorium. No flowers, please. Donations, if desired, to St. Vincent de Paul. Donations box in church.

Husband of the late Patricia.

Reposing at Glennons Funeral Home, 32 Main Street, Newbridge from 4pm on Friday with prayers at 8.30pm. Removal on Saturday morning at 11am to arrive at Mount Jerome Crematorium, Harold's Cross for Funeral Service at 12.30pm.

MONAGHAN (née Fields) (Foxrock, Dublin 18, late of Kilcock, Co. Kildare) November 28, 2019 (peacefully) at home with her family at her side, Teresa, beloved wife of Tom, loving mother of Jim, Paul, Karen and Suzanne; Sadly missed by her husband, children, daughters-in-law Mandy and Mary, sons-in-law Paddy and Eddie, her 12 adored grandchildren, extended family and a wide circle of friends.

Reposing Saturday from 4.00pm to 7.00pm at the farm in Kilcock. Removal Sunday to St. Coca’s Church arriving for 12 noon Requiem Mass followed by burial in Kilcock Cemetery.

May she Rest in Peace.

ADVANCE ALERT: It's looking a lot like snow next week!