Faithful County outclass Kildare in round 1 of the Kehoe Cup 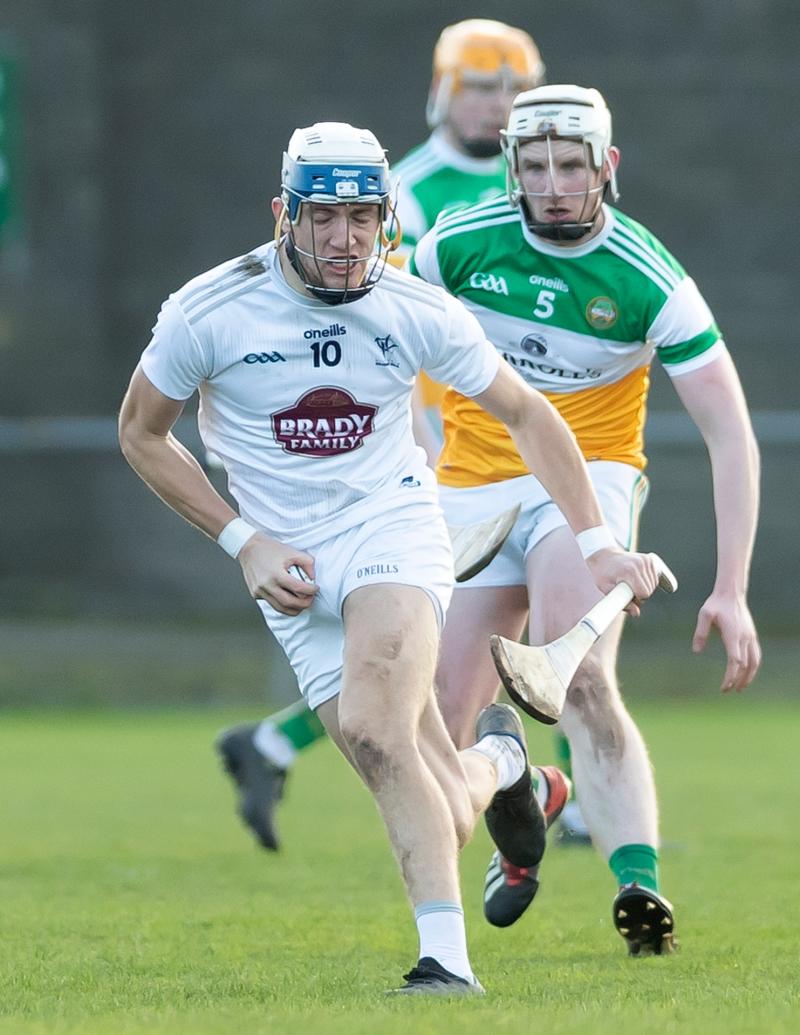 It was a tough opening day at the office as David Herity’s Kildare side as they fell to a heavy defeat at the hands of Offaly in the idyllic surroundings of St.Brendan’s Park in Birr.

The unofficial home of hurling in Offaly played host to the opening game in the tenure of Michael Fennelly and his side proved much too strong for Kildare in the Kehoe Cup.

Birr clubman Eoghan Cahill has been the Offaly netminder for the last few seasons but he showed he has the skill outfield when knocking over 1-10 from corner forward.

Kildare had a real experimental look about them and it showed in the final scoreline and much improvement will be needed for the Down game next weekend.

Kildare boss David Herity confirmed that it’s likely to be a much changed lineup for that game as he gets a look at his entire panel ahead of the National Hurling League in January.

Offaly started the better and within a couple of minutes they were two points up after a brace from Thomas Geraghty.

Kildare responded with a 65 from Mark Delaney but before long it was clear to see that Offaly were much further down the line in their fitness levels and points from Eoghan Cahill and Oisin Kelly had them five clear.

Back to back scores from Delaney and Cathal Melville kept the Lillywhites in touch before Offaly made it a 0-9 to 0-3 margin through Geraghty, Liam Langton and Brian Duignan.

Three frees from Delaney meant Kildare kept adding to their tally but Offaly seemed to score every time they shot and with Geraghty, Langton and Cahill finding their groove they eased clear.

The Naas clan of Jack Sheridan, Conor Dowling and Shane Ryan did point before the break but it was pretty academic when Cahill and Duignan ensured Offaly held a 0-16 to 0-9 cushion at the halfway mark.

The second half went along similar lines and the game was as good as over in the 37th minute when Cahill netted after Mark Doyle had earlier saved from Brian Duignan.

Kildare replied via Sheridan and Ryan but Offaly were only going through the motions really and scores from Cahill and Conor Langton left ten points between the sides.

With the result never in doubt from that point on both managements emptied their benches and any flow the game had quickly disappeared.

Delaney and Jack Sheridan finished as Kildare top scorers and they added on further efforts before Offaly finished in style.

The home team scored 1-6 without reply at one stage of the final quarter with an Oisin Kelly goal bookending points from Duignan, Cahill, Conor Langton and Aidan Treacey.

Kildare finished out the game with Sheridan and Simon Leacy striking over but Offaly were much too good on the day and Peter Geraghty and Aidan Treacey rounded off on a sixteen point victory.