Naas shops recognised among best in the country 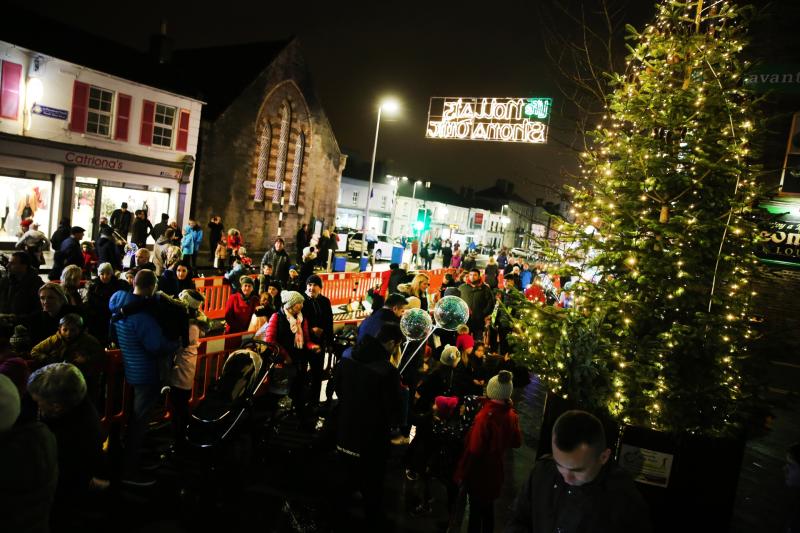 The official turning on of the lights in Naas for Christmas 2019 PIC: Aishling Conway

Naas can claim to be among the top five towns in Ireland to visit having taken an award at the AIB sponsored Retail Excellence Awards hosted in Killarney last month.

The other towns were Ennis, Carrick On Shannon, Limerick and Cork.

This entailed submitting an application pack, after which a team of secret shoppers visited the town. A cross section of stores and restaurants were visited (unannounced and unknown) and outlets were scored across a number of headings including friendliness, customer service, appearance of premises/staff and the general offering.

On foot of this evaluation, Naas reached the top 5 town status. Local stores scored well in the evaluation process and two Naas outlets in particular, Fabucci Shoes and Peter Marks, qualified for the Ireland’s top 100 stores section of the competition.

In early October a professional film crew visited Naas and took video footage of the town centre as well as photos of a mix of Naas retailers. Horseracing guru Ted Walsh agreed to be the ‘voice of Naas’ for this exercise and this footage was aired at the awards event in Killarney.

Speaking on behalf of project team, Alice Fennelly, Chair of Naas Working Together said: “We are delighted to have reached the top five towns in this competition on what was our first time to enter and take part in it.” Ms Fennelly said Naas has so much to offer.

For the visitor and resident this includes independently and family owned premium shops and boutiques, world class restaurants and bars.

There is a multitude of different clubs and organisations that always welcome newcomers to the area. She pointed out that last year alone, 330 new families came to live in Naas.

“It is a relaxed but smart kind of place that despite its rapid expansion has managed to retain the best elements of a friendly country town.”