Kildare Senior Hurler of the Year 2019 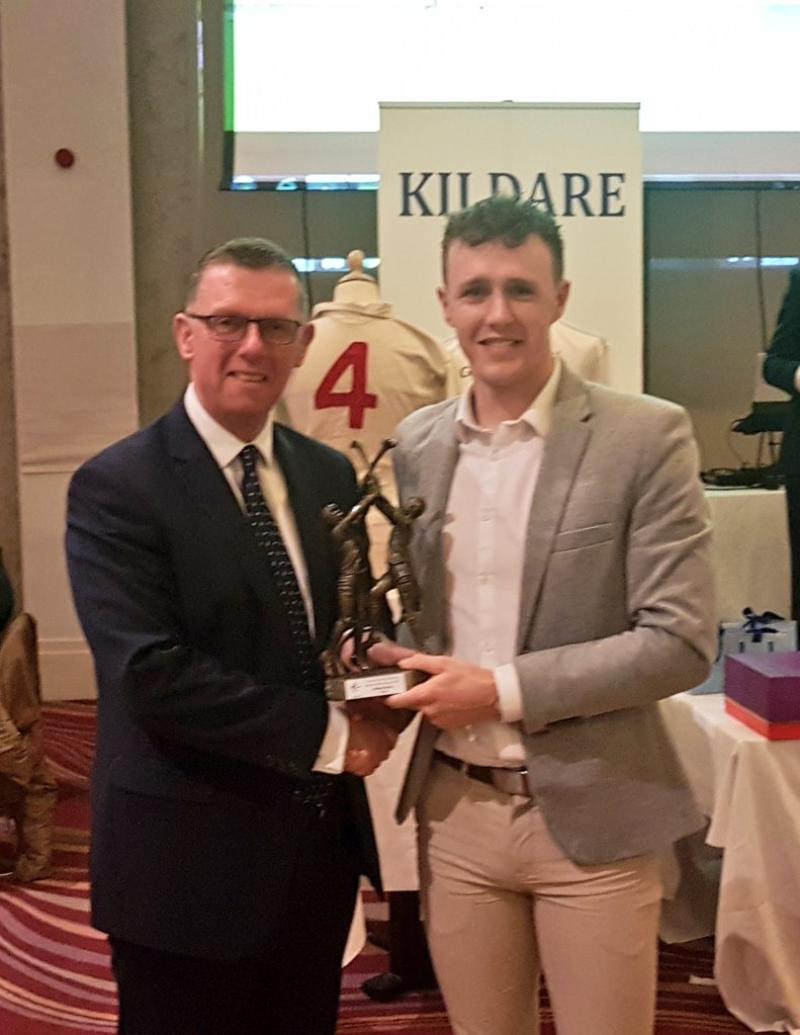 By his own admission Naas’s Brian Byrne was very surprised to be picking up the Kildare Senior Hurler of the Year award on Friday Night.

He is very humble though as without his impact it may have been a very shallow year for the Kildare Hurlers indeed.
In a Division 2B campaign where they ultimately fell short on Promotion, the centre forward played a key role which culminated in scoring 3-14 against Warwickshire.

Byrne brought that type of form into the Christy Ring Cup campaign with big performances despite losing against Roscommon and Meath and letting their grip on the trophy slip by so easily was obviously a big disappointment.

Speaking to MC Johnny Doyle the Naas man summed up the year in a Kildare jersey.

“ I suppose after the success of last year and winning the Christy Ring Cup with Kildare it was the aim again but unfortunately it didn’t work out for us and when you sit back and have a look at it with so many lads taking time off from the panel and new management it was always going to be difficult”.

“We went over to London with a job to do though and we thankfully retained our Christy Ring status which was important”.
David Herity is moving into his second year in charge of the team and despite going down to fellow Kilkenny manager Michael Fennelly against Offaly at the weekend hope still springs eternal for a Kildare side even though they will be without a number of key players this term including last year’s captain Martin Fitzgerald.

“David Herity has implemented his plan with Kildare and it’s all about workrate and passion. Skill is very important of course but having the core values is key”, Byrne admitted with regards to Herity’s managerial style.

While the opening half of the year may have been disappointing for the Naas dual star the latter half wasn’t far off being perfect on the club front.

“With the club your aim is to be on the top of the St.Conleths steps at the beginning of October which is every lads dream and thankfully this year we did it and with the Minors, Under 21’s, Juniors and Intermediate’s also winning it was a massive year for the Club”.

An amazing year on the club front for Byrne and Co but with so many Naas players involved the question is can they replicate some of that success in a Kildare jersey in 2020.

Only time will tell.