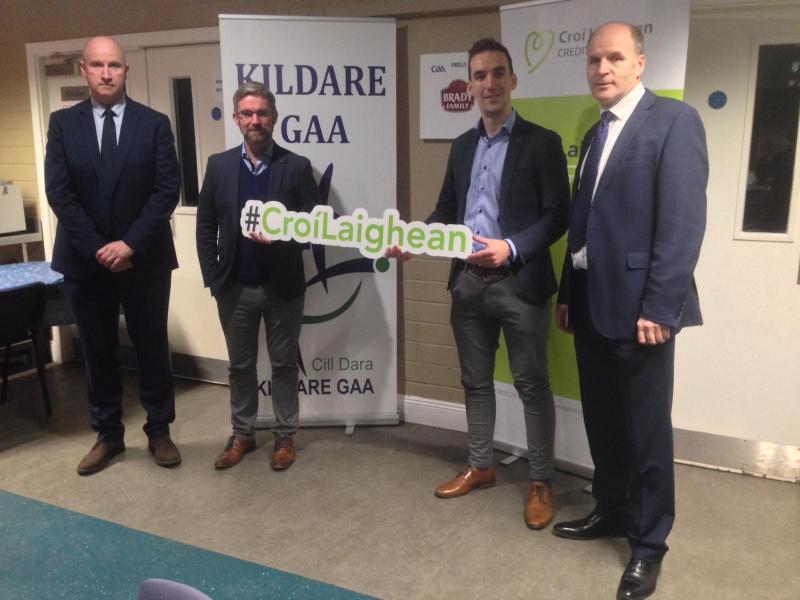 Croí Laighean CU has over 38,000 members in the Common Bond, which stretches from Rhode, Co Offaly in the west, to Leixlip, Co Kildare in the east.

Speaking at the launch of the sponsorship agreement, Paul Kennedy, CEO of Croí Laighean CU said: “We are thrilled to announce this three-year sponsorship deal with Kildare GAA. It is at the heart of what we believe in, encouraging children to get involved in sports at an early age. This sponsorship will strengthen the Croí Laighean Credit Union community involvement, which has been very active in 2019. As our campaign slogan says, Strong Roots not just branches”.

“Having such a progressive local financial institution sponsoring Kildare GAA’s Bord Na nÓg competitions reflects our ambition as a GAA county moving forward as we continue to develop our games”.