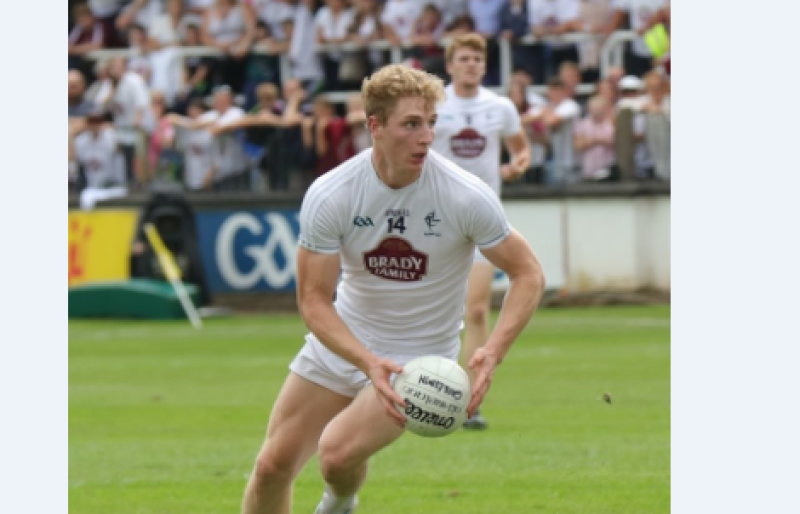 It arrived a week later than initially expected but Daniel Flynn’s return to the Kildare jersey coincided in a seven point win over Wicklow in the O’Byrne Cup.

Flynn finished with 1-2 and his second half goal sparked a Kildare comeback that saw them run out easy winners in the end.

Wicklow manager Davy Burke was always going to have his team fired up for this one and so he did when they raced into a 0-6 to 0-0 lead and they even had a nine point advantage at one stage of the first half but the gale force wind on show allowed Kildare to fight back.

After dropping a few players from his panel this week Jack O’Connor was keen to see lads put their hand up for selection and in the likes of Con Kavanagh, Chris Byrne and Liam Healy he got that as Kildare went up a level in performance.

Coming into the contest both had already lost so a win was imperative to stay in the hunt for progression and Kildare still have a chance of doing that when they meet Carlow in the first week of January.

Wicklow had the aid of a very strong breeze in the opening half and they dominated proceedings in the first quarter with Kildare struggling to get out of their own half.

The Garden County wasted no time in getting on the scoreboard when a quick free from Dean Healy found Chris O’Brien and the full forward opened the scoring after only a minute’s play.

O’Brien doubled his tally in the next play and by the 15th minute Wicklow were six points clear.

O’Brien with an advanced mark, Mark Jackson with a long range free extended the advantage before Mark Kenny and Zach Cullen had Davy Burke’s team cruising.

It wasn’t until the 23rd minute that Kildare registered on the scoreboard with great interplay between Daniel Flynn and Chris Byrne resulting in Flynn having a shot stopped on the line before Byrne forced the ball home on his first start in a Kildare jersey.

The goal coincided with Wicklow stopper Mark Jackson going down injured and play was held up for a couple of minutes.

The break gave Wicklow time to get a breather though and two goals in three minutes had them nine points clear.

The first three pointer arrived when a long free from Dean Healy found its way over the Kildare defence and Darren Hayden cooly slotted home.

Hayden then doubled his tally when a mistake from Aaron O’Neill allowed the wing forward to kick into an empty net.

To their credit Kildare had the deficit back to six points by the interval after Kevin Flynn, Jack Robinson and Daniel Flynn all scored.

The second half was the complete opposite of the first with Kildare piling the pressure onto Wicklow as they rattled off 1-6 without reply and had reeled in the deficit by the 40th minute.

Wicklow needed a steady start to the second period to fight off a Lillywhite rally but within sixty seconds of the restart sub keeper Robert Lambert was taking the ball from his net after his mistake allowed Daniel Flynn to rifle a shot into the top corner.

The elusive Jack Robinson then followed up with two of the next three points with Johnny Byrne also on target as Jack O’Connor’s side levelled the game.

Robinson with a free then kicked Kildare in front and when he added on two more scores to bring his total to six points Kildare led 2-9 to 2-6.

After going scoreless for over thirty four minutes of football a Chris O’Brien free ended the Wicklow drought but they couldn’t kick on and after emptying the bench Kildare rather cruised home with points from Daniel Flynn, David Hyland, Neil Flynn, Sam Doran and David O’Neill putting the seal on a convincing win in the end.