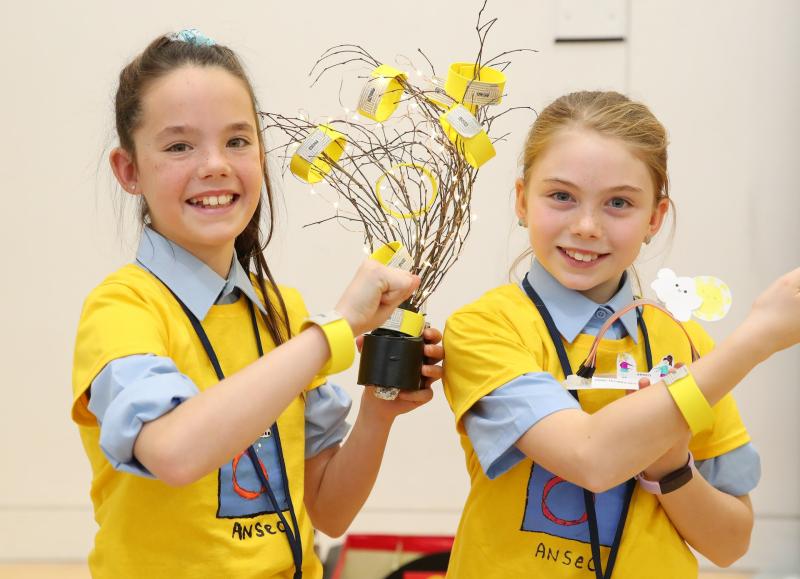 Four Kildare projects have been selected at the Intel Mini Scientist competition to go forward to the National Grand Final which will take place in January 2020 at Maynooth University.

For the past number of months, 4th, 5th and 6th class students from across Ireland have been getting hands on with science and showcasing their big ideas as they take part in the annual Intel Mini Scientist competition. The competition, which is now in its thirteenth year, gives young students the chance to explore science through project based learning and exhibitions.

The first phase of the competition involves students participating at exhibitions in their own schools which are visited by Intel employees who judge the first round of exhibitions and select from each school a winning project to go forward to a regional final.

Regional finals were held at various locations over the past week including the event at the TU Dublin Blanchardstown campus which brought together over 200 students from 72 different schools in Kildare, Dublin, Laois, Meath, Wicklow, Westmeath, Kilkenny, Wexford, Louth and Monaghan. The 2019 Intel Mini Scientist competition saw more than 7,200 students from 105 schools in 18 counties across Ireland taking part.

The participating students shared their projects which each included visual displays, projects books and practical experiments based on a scientific area aligned with the national primary science curriculum.

At the Leinster Regional Final event the participants exhibited their projects for a panel of judges, which was made up from Intel employees and a number of invited guest judges from across the world of science and technology in Ireland, who had the difficult task of choosing the winning projects from the very creative variety. The regional final was filled with innovative and imaginative projects, put together through months of hard work and the judges, after a very difficult task of deliberation, compiled their list of winning projects.

The four chosen Kildare projects are What is the science behind roller coasters from Saint Laurence’s National School, Sallins; Optical Illusions from North Kildare Educate Together (NKETS), Celbridge; Mighty Moss from SN Colmcill Naofa, Athy; WOW is that really from a Cow from Gaolscoil Ui Fhiaich, Maynooth.