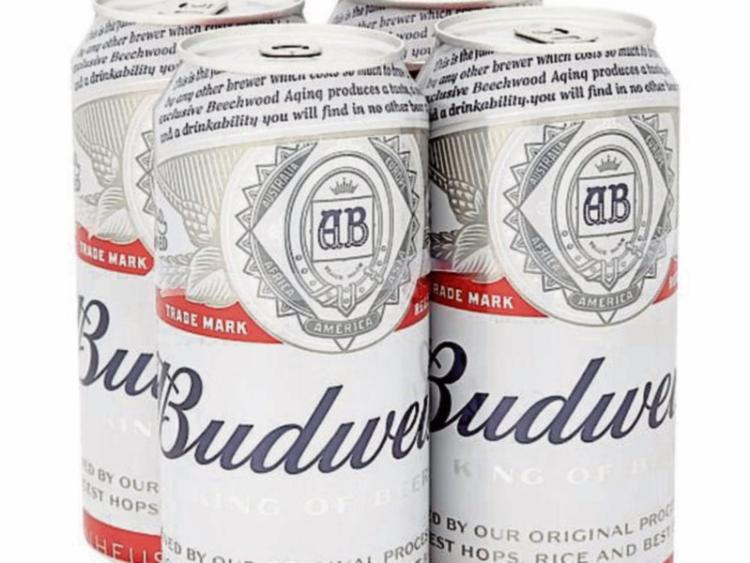 A man appeared at Naas District Court on Wednesday, December 18, to plead guilty to a charge of stealing a crate of beer from Tesco in Kilcock.

Robert Walker, 27, of 1162 Dingle Road, Cabra, Dublin 7, was found by gardai on May 27 last at the canal soon after he was reported to have stolen the 24-pack of Budweiser. The crate was recovered in its entirety, the court heard.

Sgt Jim Sullivan told Judge Desmond Zaidan that the defendant was sitting on the canal drinking the beer.

“Well, obviously not if you got it all back,” the defendant told the court, adding that he was drinking his own beer.

“I’m glad he chose to enlighten the court,” the sergeant replied.

Representing him, barrister Sean Lavin explained that the defendant is a commis chef with two children and his partner is expecting another one.

Counsel explained that Mr Walker was involved in a very serious traffic accident some time ago and had suffered a brain injury.

When questioned by Judge Zaidan, the defendant said that he was hit by a bus while on a push bike.

Mr Lavin added that the defendant’s leg was also damaged to such a degree that he almost lost it.

He is currently in custody serving a sentence. He has previous convictions for public order matters. Judge Desmond Zaidan gave the defendant the benefit of the Probation Act.