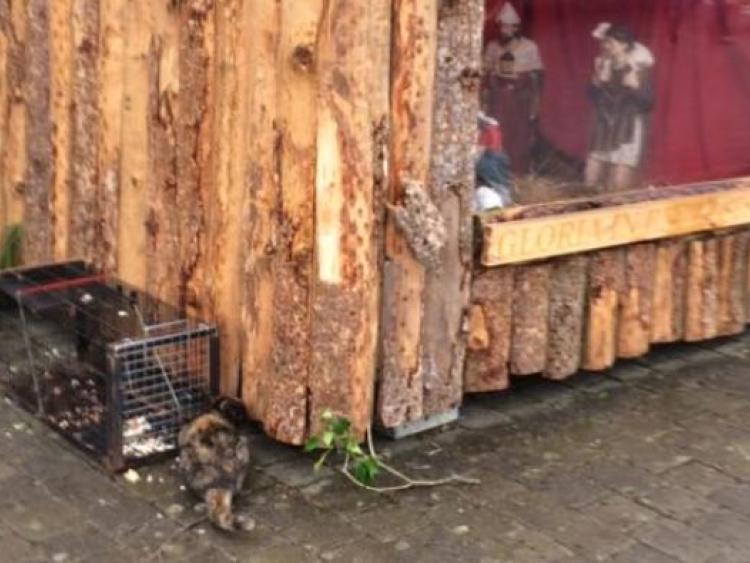 Beth, a stray cat had been living underneath the Nativity Crib on Main Street, Newbridge for several days, but happily has now been rescued and found her forever home.

There was no room in the inn for Baby Jesus according to the bible, but pussy cat Beth must have had an inner sense that by staying at (and under) the nativity crib in Newbridge, she knew divine intervention would be her best chance of salvation!

“She had been living under and around the nativity crib on the Main Street in Newbridge for days. She is a lovely little thing, friendly to a point but just when we thought we had caught her, she would run back and hide under the crib again”.

“Thank you to Susan, Breda and another lady who were feeding her when we arrived. Thank you also to Michelle who drove miles each day to check on her. She is now safe. But a very special thank you to Tina who has offered little Beth her forever home. 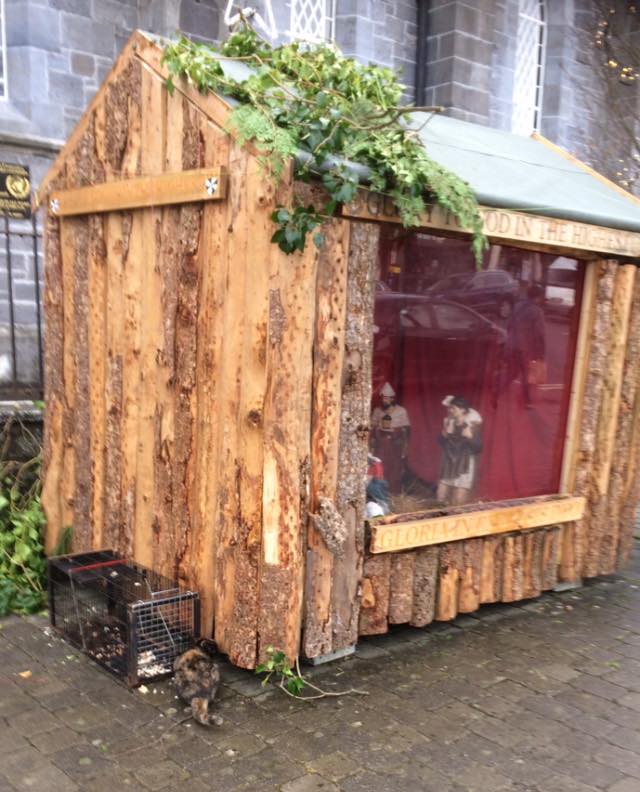 "Tina was flying past when we were trying to catch Beth and just shouted back that she would give her a home and true to her word, she contacted us that evening. Thank you so much Tina and thank you to all those who had a hand in looking out for Beth over the past week.”

It may not have been divine intervention that rescued Beth, it was the KWWSPCA and kind hearted volunteers – but who knows, “The Lord works in mysterious ways!” Here's wishing Beth and Tina a wonderful friendship.

Best wishes for the New Year to all KWWSPCA volunteers and all the animals still in its care.

"We hope that all our supporters and readers of The Kildare Post/KildareNow had a very Happy Christmas and we send best wishes to everyone for the New Year.

Closing Times for Noah’s Ark and the KWWSPCA Shelter
Noah’s Ark, the KWWSPCA’s Charity Shop in Newbridge, will be closed from Monday 23 December until 10 am on Thursday, 2 January, when it will re-open with a HALF PRICE SALE.
The KWWSPCA Shelter is now closed nd will re-open on Monday, 30 December. All rescue dogs at present at the shelter will be going into foster homes for the Christmas period. The KWWSPCA will not be re-homing any dogs or cats during the Christmas period.

The Kildare & West Wicklow Society for the Prevention of Cruelty to Animals (KWWSPCA) is a Registered Charity (Number CHY 6280) that investigates and deals with reports of cruelty and neglect to animals of all sorts; family pets, wild animals and birds, and horses, ponies and donkeys, throughout County Kildare and West Wicklow. The Society is run entirely on a voluntary basis, there are no paid employees.